Gambling with the wind in 300m shooting 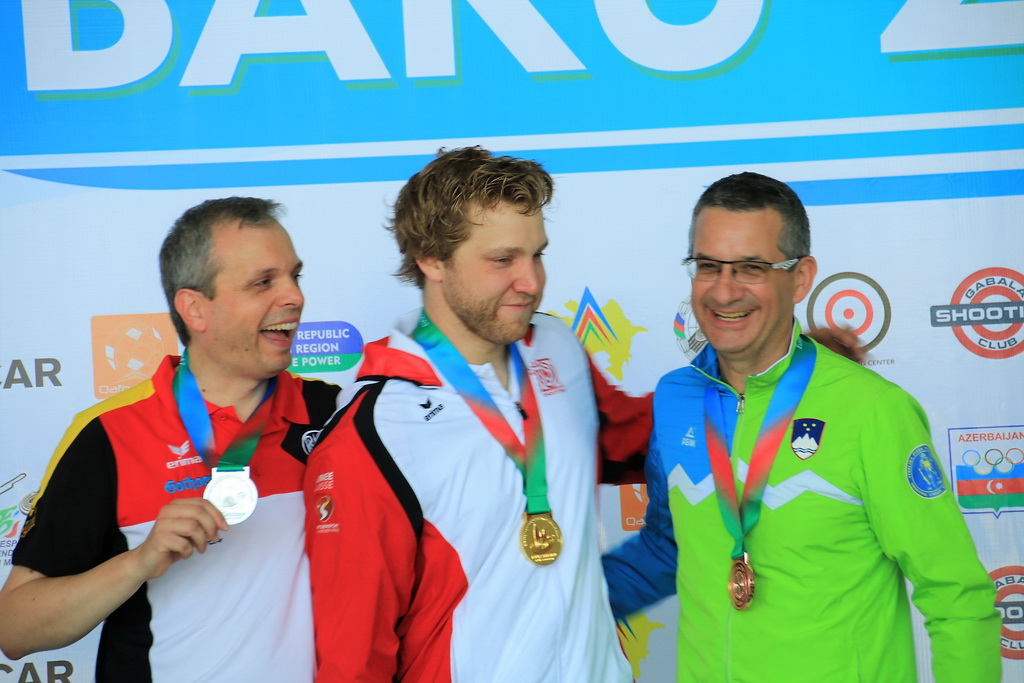 Sunday morning 30th of June woke up as usual sunny but very windy. The wind is strongest during this week and it blows from the north and suits perfectly to the shooting ranges. It is probably the most difficult direction here in Baku, if believing Rajmond Debevec and I believe.

The wind changed direction for a while and the wind flags flew from right to left and from left to right at same time on same firing place. The temperature was between 31-33 C degrees.

There were two possibilities to choose how to shoot; very quickly right away or shoot slowly and wait the right moment in the 300 m Rifle Prone Men competition. Also some athletes who were near by the wall could be in a little bit better places than those whose shot in the middle of range because of the wind. Anyway it was windy also in the side places near by the wall. If you want to success you have to shoot well in spite of weather condition.

The winner of the 300m Rifle Prone Men was finally after an exciting end Jan Lochbihler from Switzerland. He shot an excellent result 598 comparing the weather conditions. Lochbihler won the silver and bronze medallists with the difference three points. The silver medal winner was Frank Fleischmann from Germany and the bronze medal winner was Rajmond Debevec from Slovenia, both shot 595. Silver for Fleischmann while he had 42 inner tens and Debevec 31.

“The shooting was very difficult while I had to have short pause and I try to find the calmest moment but that was nearly impossible. I used nearly the maximum time also while my pulse was so high and I was also very nervous, especially during the last shots and it was ever so difficult to calm down while I knew my situation”, explained very tired Champion just after finishing the competition.

Rajmond Debevec was happy for his medal but he said that this range is not so fair for all shooters, it proved it again. The athletes who are shooting near by the wall get advance, but I must admit that Jan’s result is so good and high that you must be absolutely on top and solve all the conditions to reach it. The gold went to the right person, finished the legend shooter Debevec.