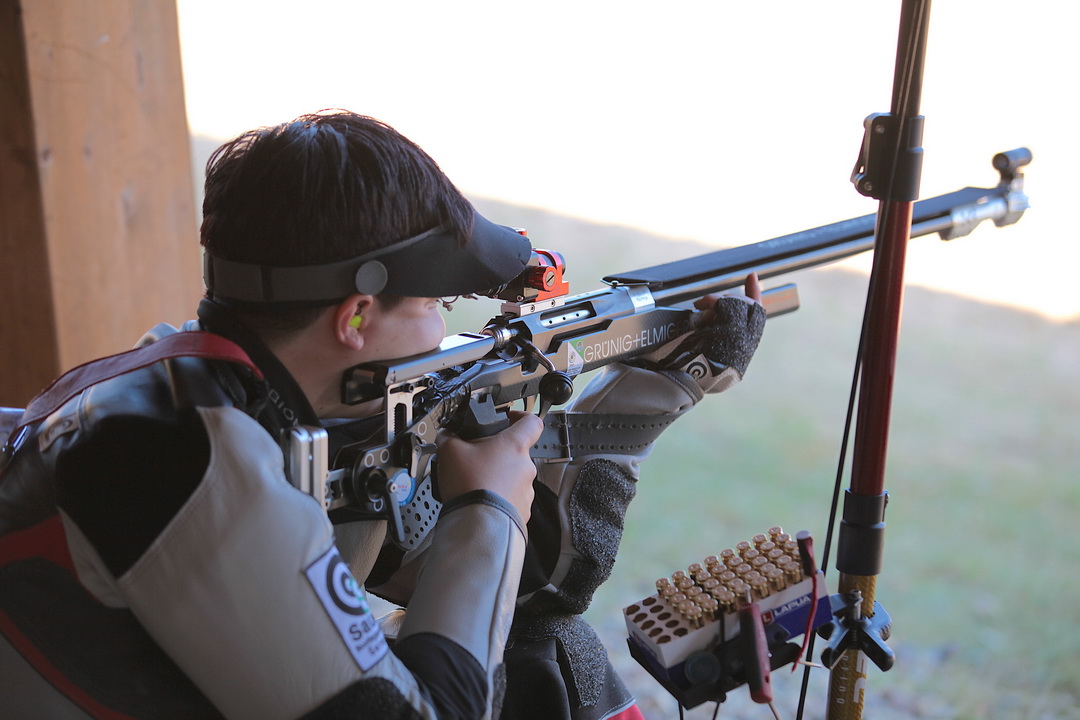 When all the positions had been successfully shot the winner was German Lisa Müller with result 1170. She finished all positions with 390 results! Germany took double victory when Eva Rösken shot result 1166 before Swedish Elin Ahlin. Ahlin shot for result 1160.

The competition delayed because during the kneeling and prone position the scoring system collapsed. The standing position also had to restart for making sure that everything is working perfectly.

“The competition started very interesting way and well. The light was a little bit challenging when it changed many times from sun to cloudy. Then the difficulties with scoring system started. I first thought that it can’t be true when it happened for the second time, but the pauses didn’t disturb me dramatically at all. Sometimes it happens; anyway we have to live with it. The staff made their best to make the system running”, told winner Lisa Müller her feelings. Müller is travelling to Korea for the ISSF World Shooting Championship, but she will shoot only the 300m events.