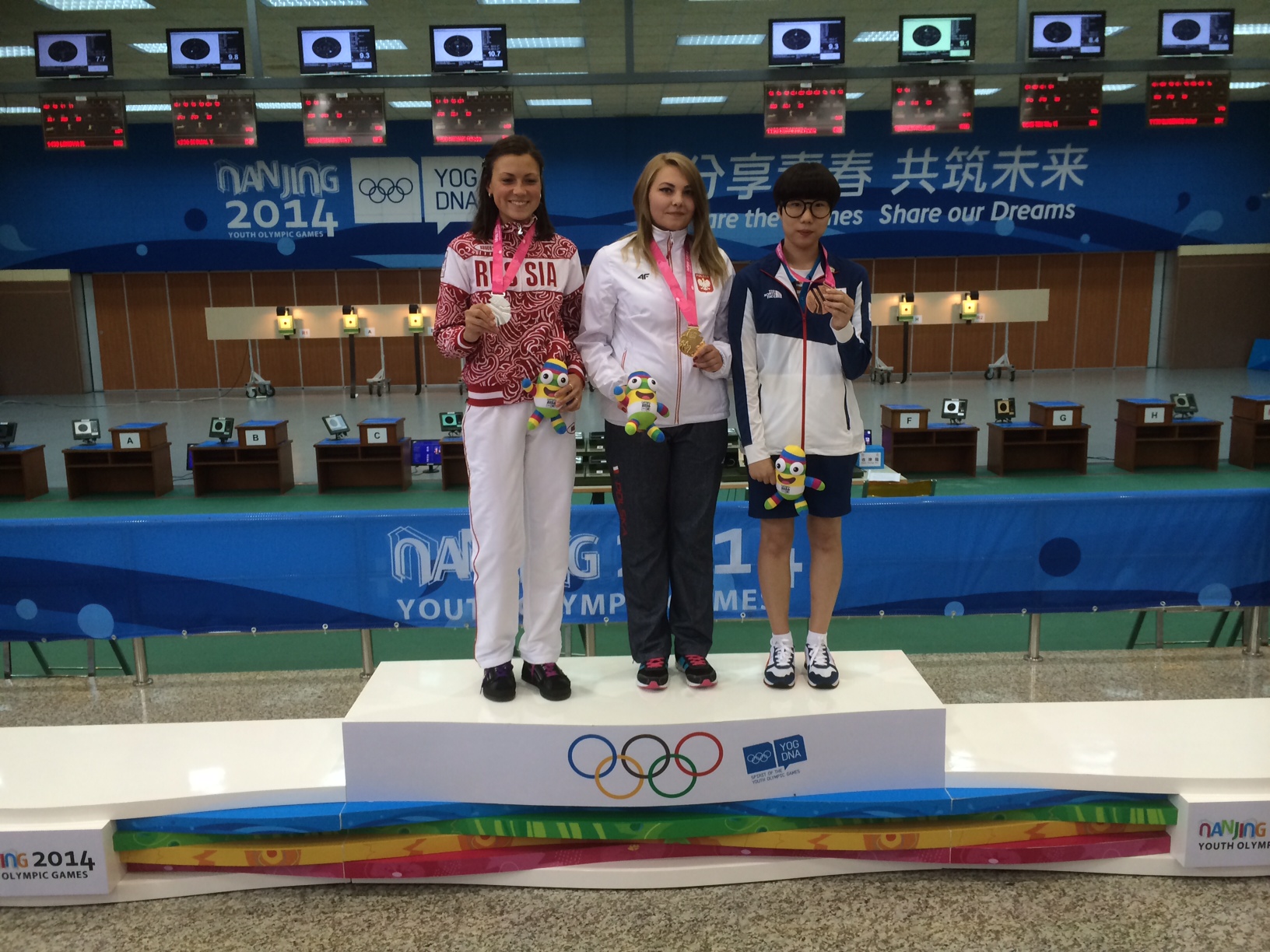 Gold and silver medals of the first shooting event at the 2nd Youth Olympic Games in Nanjing, China, were won by European athletes.

Agata Nowak from Poland became winner of the 10m Air Pistol competitions among girls. Her final result is 196,9 points. Margarita Lomova from Russia, who was leading till the last shot, obtained the second place with 194,4 points.

The bronze medal went to Kim Minjung from Korea.

Two more young European shooters were competing in the Finals. Anna Korakaki from Greece finished at the forth place, Polina Konarieva from Ukraine - on the eighth.

The 2nd Youth Olympic Games were officially opened in Nanjing, China, on Saturday, August 16, 2014. There are six events in Shooting included in their program.