Gold for the Russian Mixed Team 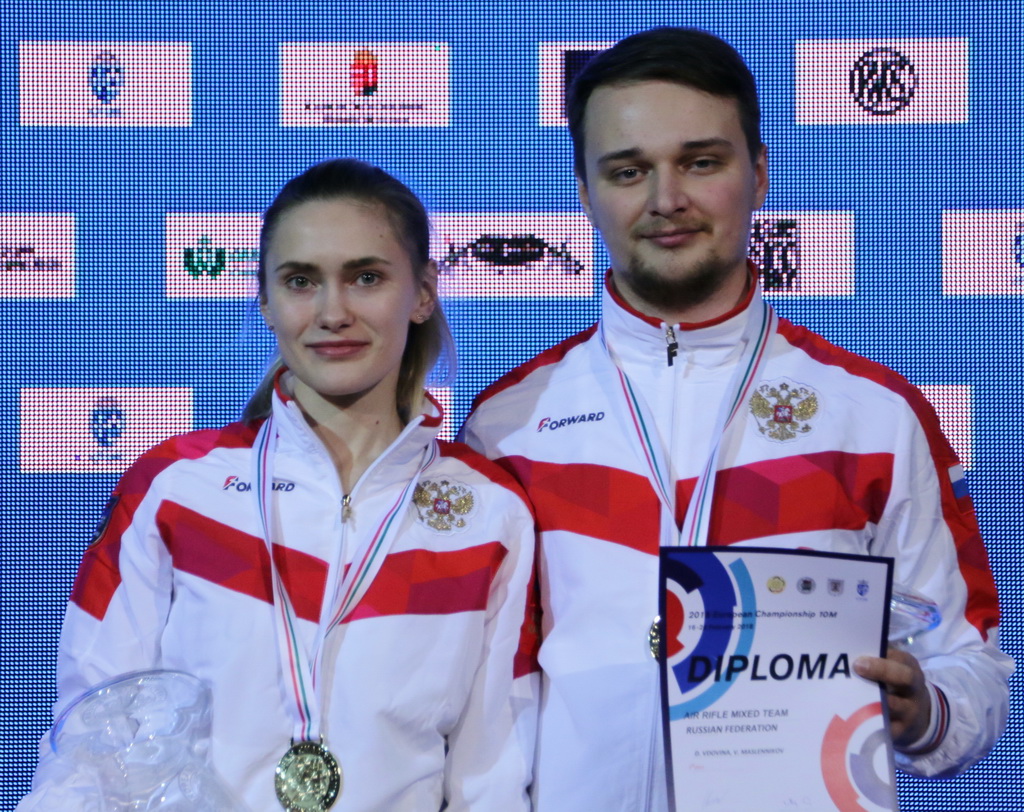 Mixed Team competition one of the "new" events in European Championship concept which will also come to the Olympic Program. Forty five (45) teams participated into this competition in Györ. It is a good number! One nation can nominate maximum two teams.

The best team after the qualification was Ukrainian team 2 (Mariia Voitsekhivska/Serhiy Kulish) with result 838.5. Second was Russian Federation 2(Daria Vdovina/Vladimir Maslennikov) and they shot 837.8 result. Ukriane1(Anna Ilina/Oleh Tsarkov) was third and shot 0.7 points less (837.1) than Russian team. The other qualified teams were Italy 2 and Serbia 1.

Serbia’s start was strong and they took the lead after two first rounds, their advance was 0.4 points for Russia. Then the Russians got power to their hits and Vdovina/Maslennikov took the lead after the first stage of the finals. They were leading already with 2.8 points Serbia. During the elimination shots of the final Vdovina/Maslennikov kept their lead in 2 -3 points. The difference in the end was finally 3.3 point. Gold for Russian Federation with a new World and European record result 498.3. Silver travelled to Serbia (495.0) and Ukraine won bronze with result 431.9.