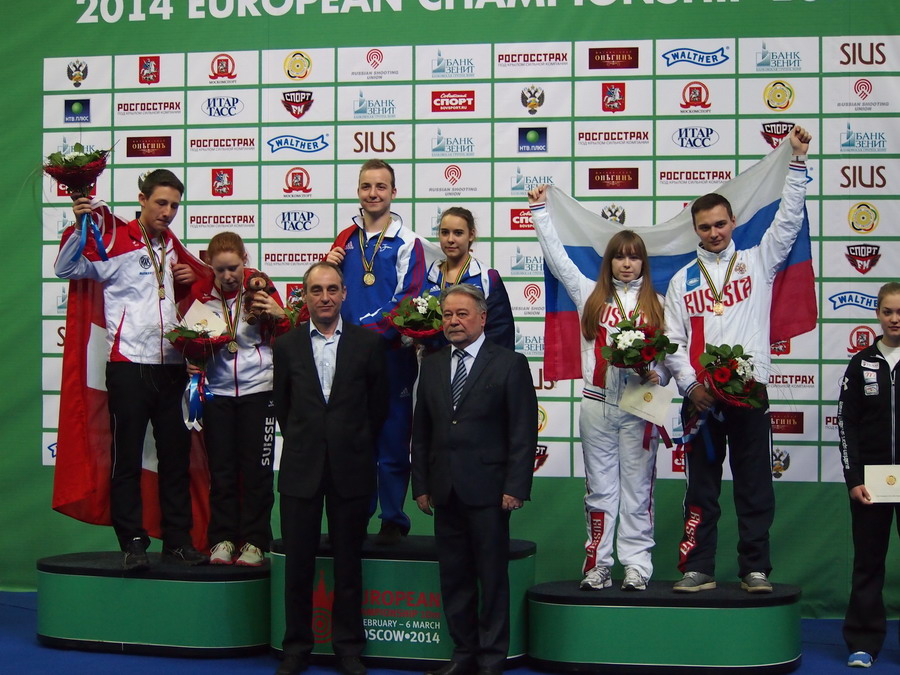 On Sunday evening it was turn of the newly moderated Air 50 Rifle and Junior Pistol Cups. There were 20 teams in Air 50 Rifle Junior Cup and 26 teams in Air Pistol Junior Cup. Each Team must consist of a female and male shooter. The teams are competing first in a Qualification with 50 shots. Then four best teams enter the finals.

When asking the feelings after the Cup Final they answered that it was nice competition in comparison to other competitions. To the question which athlete shot better Alexia Raymond laughed and said quickly: “Me of course, but it doesn’t matter, we are competing as a team. It is more important”, explained Alexia his feelings and gave a tender hug to Judith.