Györ is a sport city 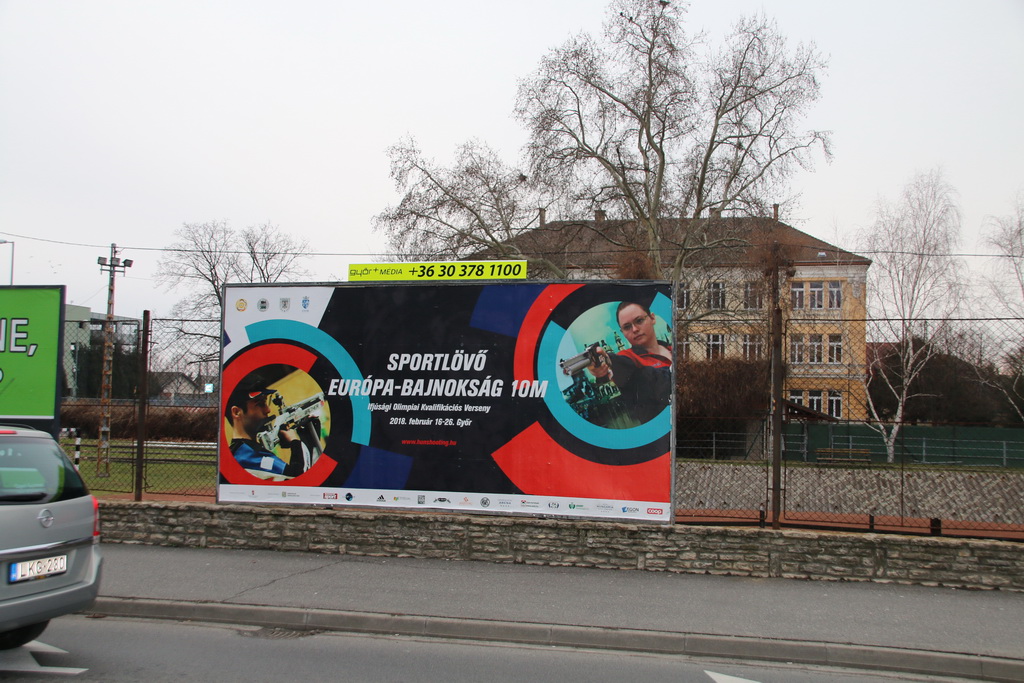 One day to go for starting. Young people are pushing a roller cage full of indoor plants. After a while they have ready one mixed zone. It looks nice. At final range Sius experts are finalizing their targets.

László Sinka (Chairman of Organizing Committee) and László Molnar are carrying small Györ bags! They are on the way to the last press conference before championships into the hotel Raba. Mayor of the City Györ, Mr. Zsolt Borkai will be the main star at conference. TV cameras and photographers are ready when we enter to restaurant room.

After few moments the smiling and happy looking mayor enters in. The Mayor Zsolt Borkai is former top level gymnastic. He loves sport and he wants to use sports for marketing the City Györ. You can feel his pride of the City Györ when he is speaking to the media.

After the official Press Conference I had a possibility to talk with him. His positive attitude is nice and he is eager to explain what is going on in Györ. He is busy but he has time for media.

«Györ is a sport city. We have about 130000 inhabitants. We support with approximately 5 million Euros per year the sport clubs in many ways. Last year our city organized the summer European Youth Olympic Festival. The event was a considerable success and the leaders of European Olympic Committees called it as the greatest EYOF of all time», explains the Mayor Borkai proudly.

«In my opinion sport has much bigger influence than the sport itself. Of course it also is important but we have at moment many developing processes with city and sport clubs. Sport is method for young people to develop themselves. We have organized tens of young boys and girls for working to this Championship.

We want to make Györ well known and sport is one of the best ways to do so and that is why we want to have different sports events in Györ and also support them. I’m proud that we can co-operate for the second time with European Championship in shooting sport. Sports have generally much larger influence to the city and to the region, but you have to cooperate and find right possibilities. It pays back always», tells Mayor Zsolt Borkai.

Györ has made one record already

Györ can be very lucky and happy too while there will be participants from 48 countries, over 670 athletes plus coaches and team officials. That is a record too. The Championship will start on Sunday with YOG (Youth Olympic Games) Qualifications. After YOG will start the official championship.

«We have something new to offer. It is first time when the team competitions will compete in own separate event and also we have mixed team competitions», explains the Chairman of the Organizing Committee Mr. László Sinka.

The competitions can be seen on the web sites of the ESC and Hungarian Shooting Sport Federation. There is live video streaming from every event. The TV signal is available via Eurovision from the main event (23-24th Feb). You can also follow the championship from live Sius result service.