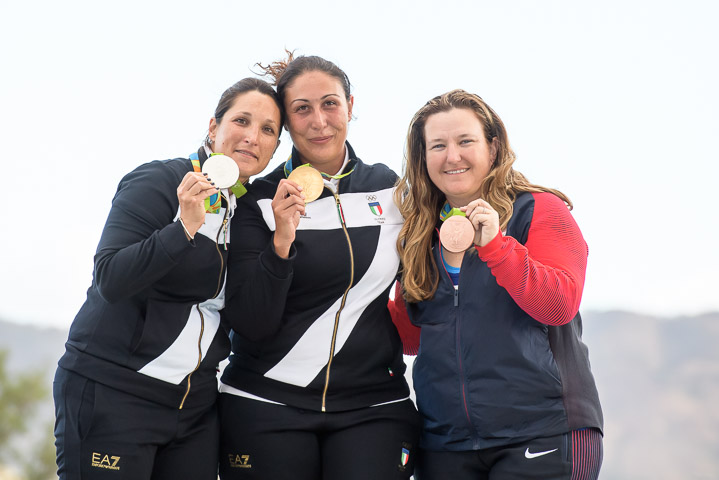 There were two events in the program of the shooting competitions on Friday, August 11, at the Deodoro Olympic Shooting Centre - 50m Rifle Prone Men and Skeet Women - and both were won by the European athletes. Henri Junghaenel from Germany finished with the best result in 50m Rifle Prone Men while Diana Barcosi from Italy beat her compatriot Chiara Cainero in the Gold Match of Skeet Women.

There were six more Europeans among the finalists of 50m Rifle Prone Men. Kirill Grigorian from Russia won the bronze medal, another Russian Sergey Kamenskiy finished on the forth place, Vitaly Bubnovich from Belarus - on the fifth, two Italians Marco de Nicolo and Niccolo Campriani - on the sixth and seventh places respectively.

Besides two Italians who won the gold and silver medals in Skeet Women, Amber Hill from Great Britain competed in the semifinal in this event.