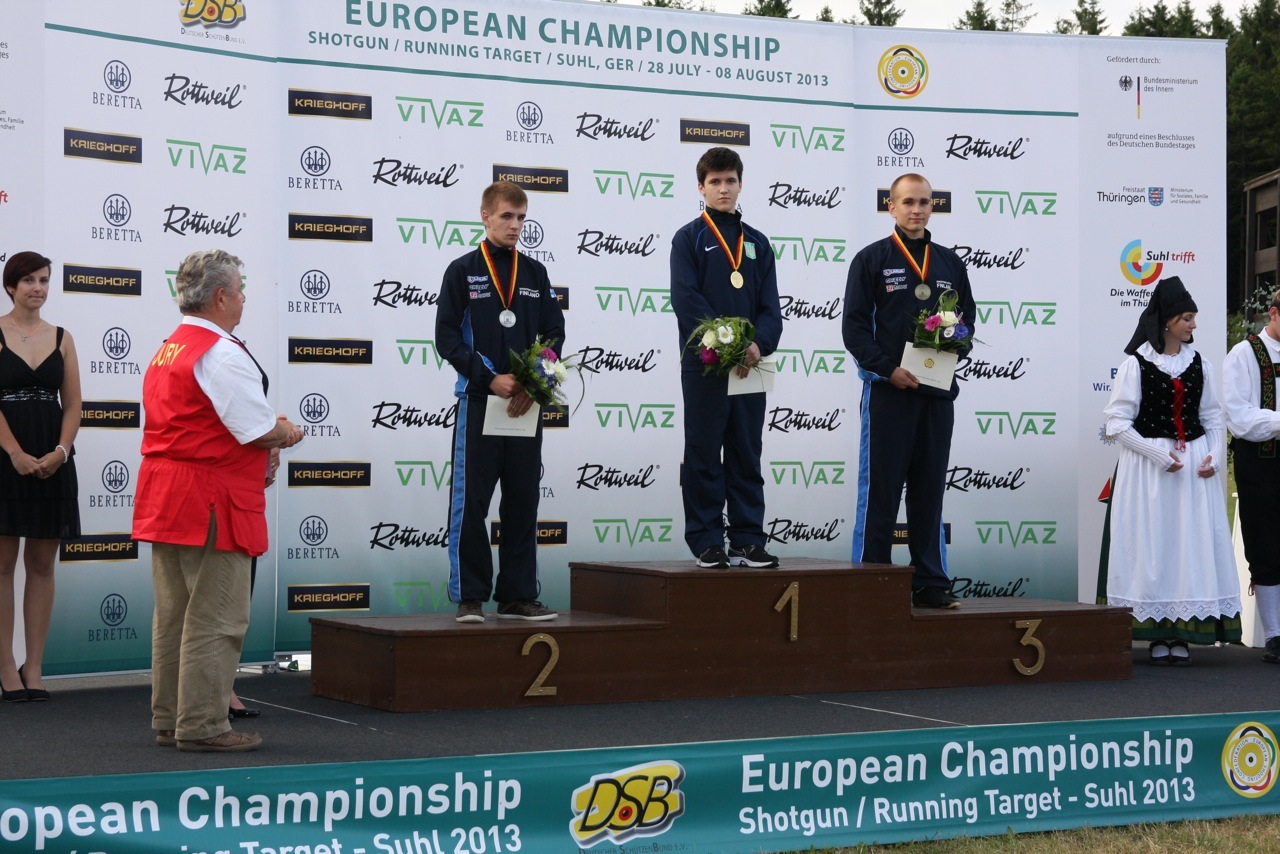 It was honour for Ihor Kizyma to be the first gold medal winner at the European Championship in Suhl, Germany when he won the 50m Running target Mixed Men Junior competition beating two Finnish athletes Heikki Lahdekorpi and Jani Suoranta.

The winning result of Kizyma was 390 points – with the difference of eight points. He shot 195 on both stages. The Finnish Heikki Lahdekorpi, the winner of the silver medal, received 382 points (185 and 197). Lahdekorpi outranked his teammate Jani Suoranta, whose result was 381 points (193 and 188), by one point.

The two medal positions did not help Finland to get the gold. Finland was defeated by Ukraine whose winning result was 1150 points. Finland received 1136 points. The Ukrainian team consisted of Ihor Kizyna (390), Stanislav Los (380) and Vladyslav Shchepotkin (380). Germany became the winner of the bronze medal was with the result of 1099 points.