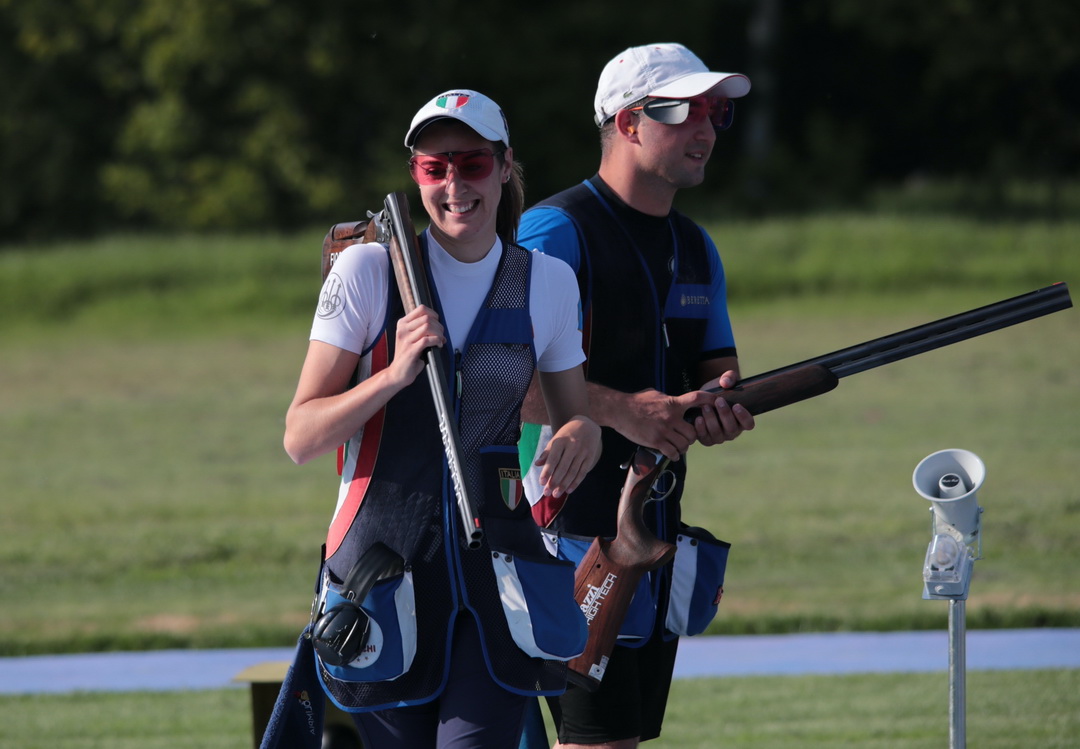 The Italian Trap Mixed Team 2 consisted of Jessica Rossi and Valeiro Grazini. They met in Gold match Great Britain 2: Charlotte Hollands and Matthew John Coward-Holley. Both teams had also their loud supporters at the range. They had also a duel with voices. When some made a good hit, their teammates started strong applause and yell. Great atmosphere!

In the match Italy 2 was a little better with result 41-39 and won the great Championship! In Bronze match Spain 1 beat Slovakia 1 with result 43-38.

In the Junior’s Mixed team we did not see a duel between Italy and Great Britain while both British teams met each other in Bronze match. That’s not so nice to compete against teammates, but so it was. Great 1 won the Bronze before Great Britain 2 with result 43-39.

In the Gold Match hosting country Croatia met Italy 2. After good fight they unfortunately have to admit that Italy won Gold and they received Silver.

The Italian Golden team consisted of Giorgia Lenticchia and Lorenzo Franquillo. The victory result was 38-33.

On Friday Trap shooters are competing in Team competitions.