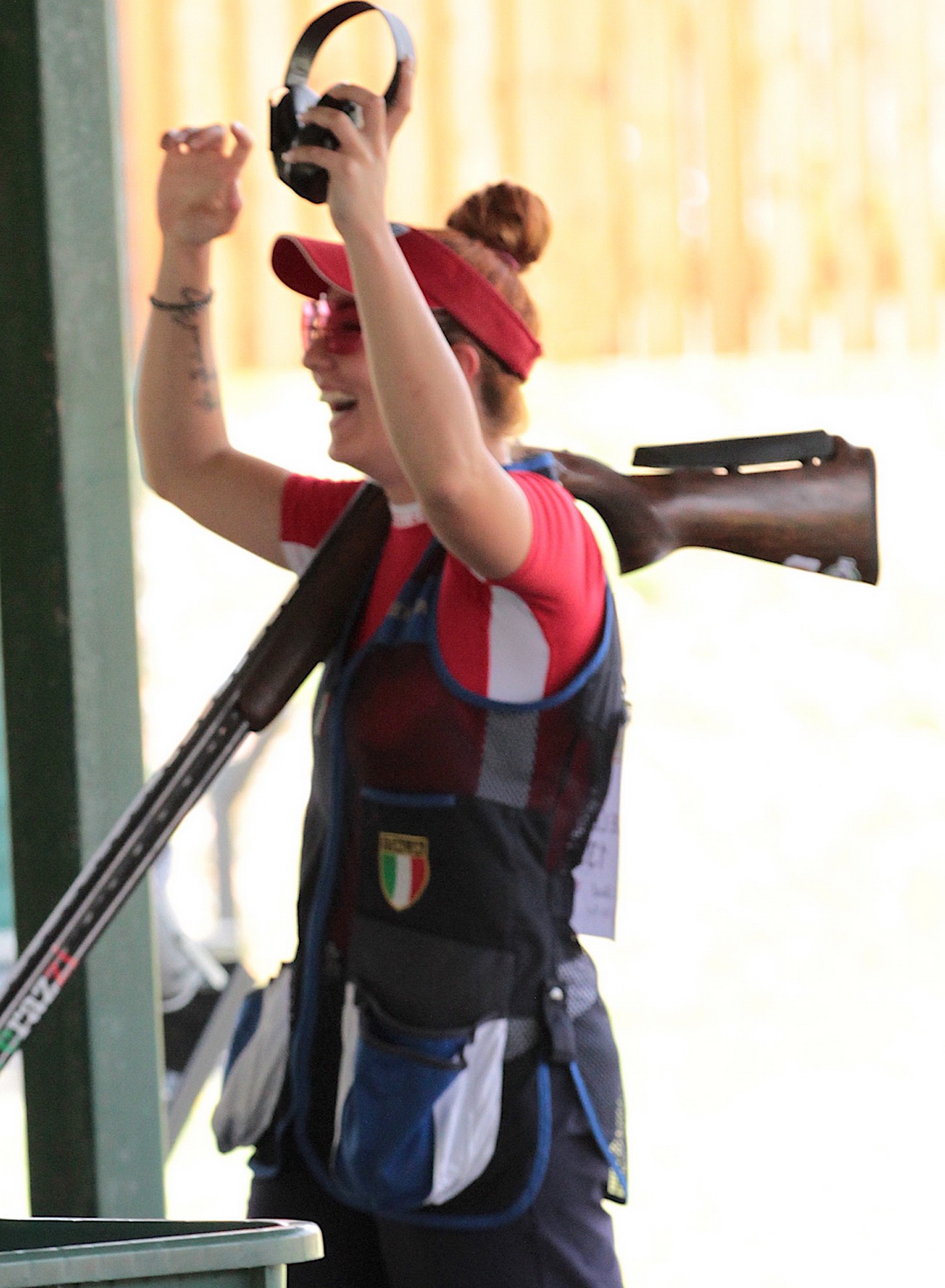 In the Double Trap Women Italian Claudia De Luca was superior by shooting a new World record which is now 131. Zuzana won silver medal, but she lost the gold with 12 targets. The result of Zuzana Rehak Stefecekova was 119. From the bronze medal it was needed shoot off while Italian Sofia Maglio and Finnish Mopsi Veromaa shot same result 114. Third was Sofia Maglio from Italy who won in shoot off Finnish Mopsi Veromaa 2-1.

In the Double Trap Mixed Team competition was shot in end of the day. After the Qualification following teams competed in the final: Italy 2, Slovakia, Italy 1, Cyprus, Hungary and Austria 1.