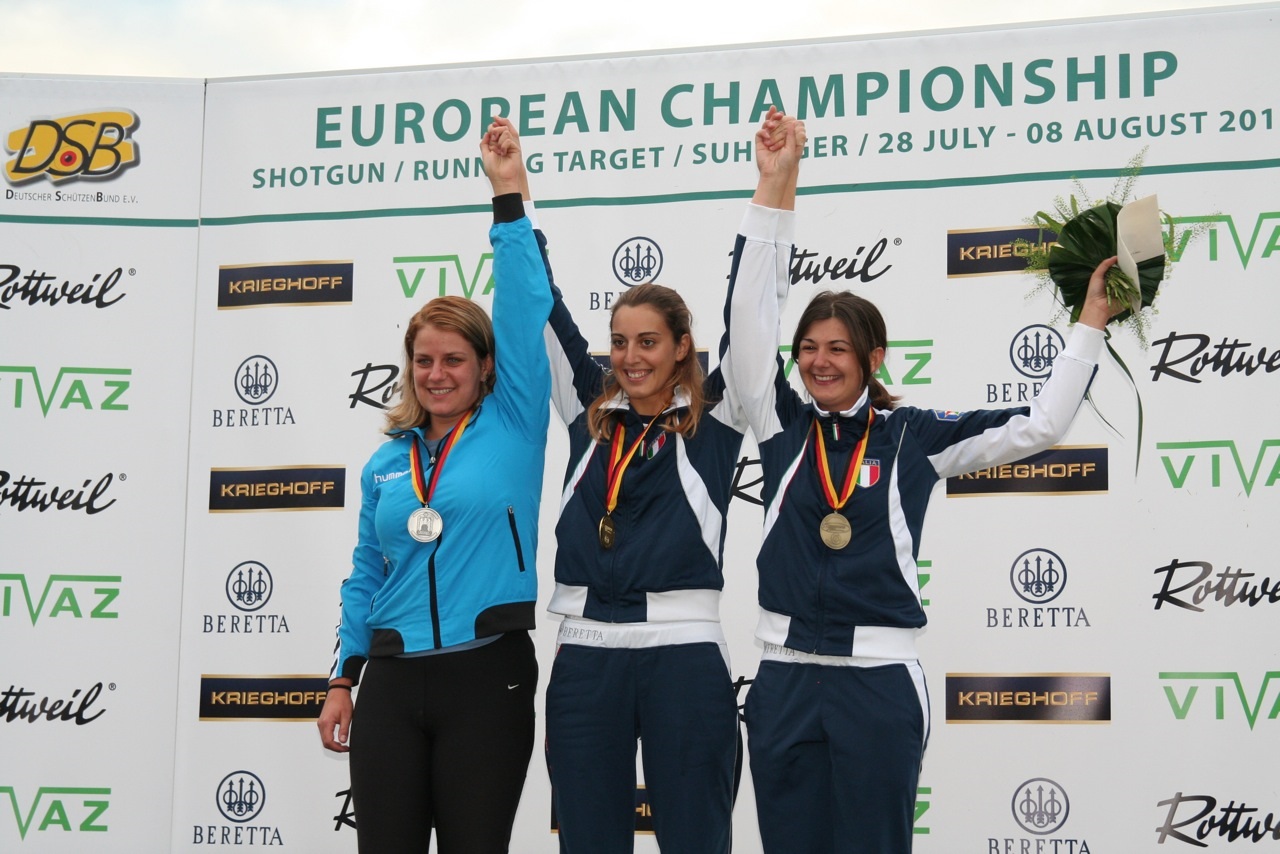 The Italian Valeria Raffaeli won the European Championship in Trap Women Junior. She gained the lead at the semifinal and got through to the gold match quite easily. At the semifinal she received the result of 14 points. Adeline Couet from France ranked second and made it to the gold match with 13 hits. Svetlana Krasheninnikova from the Russian Federation qualified for the bronze match with 10 hits, while Nina Slamkova (SVK) and Zoya Khokhlova (RUS) shot off the tie of 9 points. Slankova won the shoot-off and went through to the bronze match.

The gold match started in the worst possible way for Raffaeli as she missed the first two clays. Couet missed the third clay and the sixth one. Raffaelli missed the sixth and the seventh clay. Couet hit the following three clays. The shooting of Raffaeli continued with hit and miss. Raffaeli hit the following five clays but missed the last one. Couet missed two targets, then hit two targets and missed two last ones. Raffaeli and Couet were tied with 9 hits, which meant a shoot-off. Raffaeli won that shoot-off and Couet lost. The Italian Valeria will be awarded as the European Champion of Trap Women Junior. The Slovakian Slamkova takes the bronze medal easily with 13 hits.

The Italian women team won the team competition and equalled the world and European record with the result of 214 points. The team consisted of Federica Caporuscio (72), Jessica Rossi (72) and Silvana Stanko (70). The Russian Federation won the silver medal (209) and Slovakia (207) became the winner of the bronze medal.

In the individual gold match the Italian Jessica Rossi met the Slovakian Zuzana Stefecekova. The Olympic Gold medallist won the European Championship as well. The result of the gold match was 11-10 for Rossi. In the bronze match the Italian Federica Caporuscio beat Alessandra Perilli from San Marino 12-10.