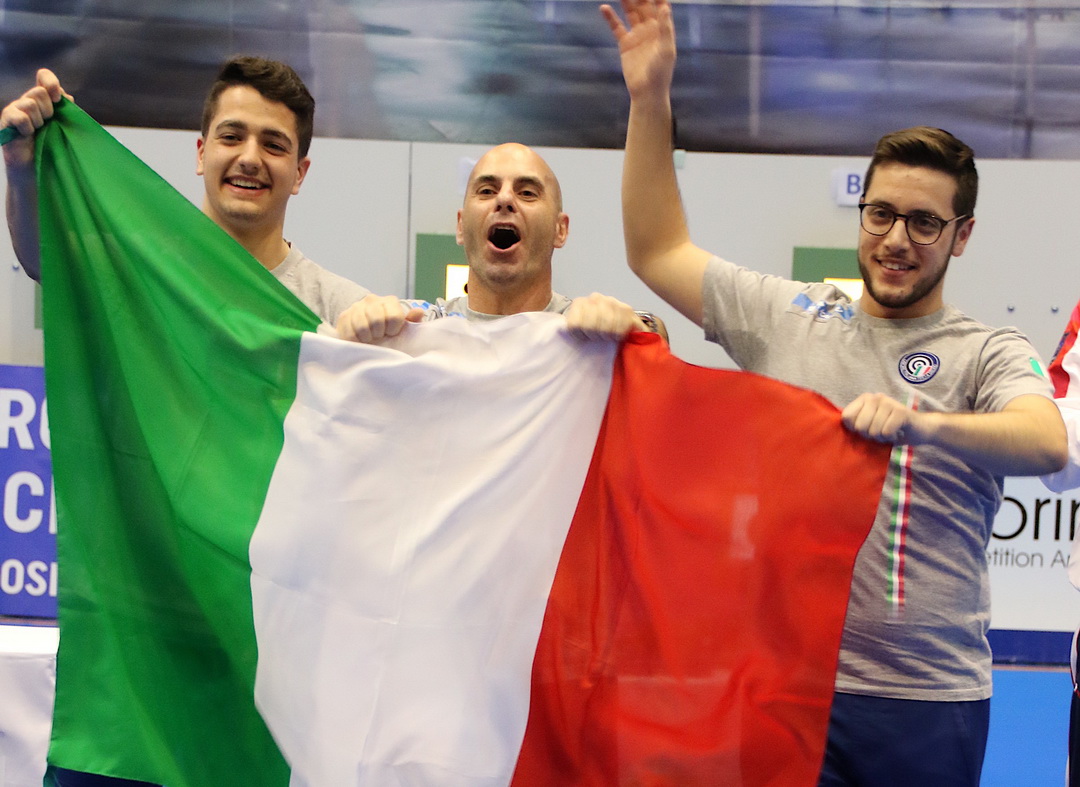 Italy showed that their pistol tradition is living strong and top level at the moment when their team Giuseppe Giordano, Paolo Monna and Alessio Torrocchi climbed up to the highest podium in Osijek by winning the Gold Match of Air Pistol Men Team.

Their performance during the finals were amazing. In the semifinal they met Russian Federation team. At the situation 8-12 Russian team was leading. Then started Italy their spurt to top. Sudenly the game was equl and it was needed a shoot-off. What did Italy, they passed Russian team with diffence of 0.3 and went to Gold Match.

In the second semifinal Ukraine met Serbia. Ukraine won that match 13-11 and the door to Gold Match was opened.

Serbian team lost their best concentration and they couldn´t find their best skills in the Bronze Match. Russian Team won clearly 16-6 and took the European Bronze. In the Gold Match Italian triumph conitnued, result 16-4 does not give any possibilites to explain. Italy needed 10 shots to win the European Championship.