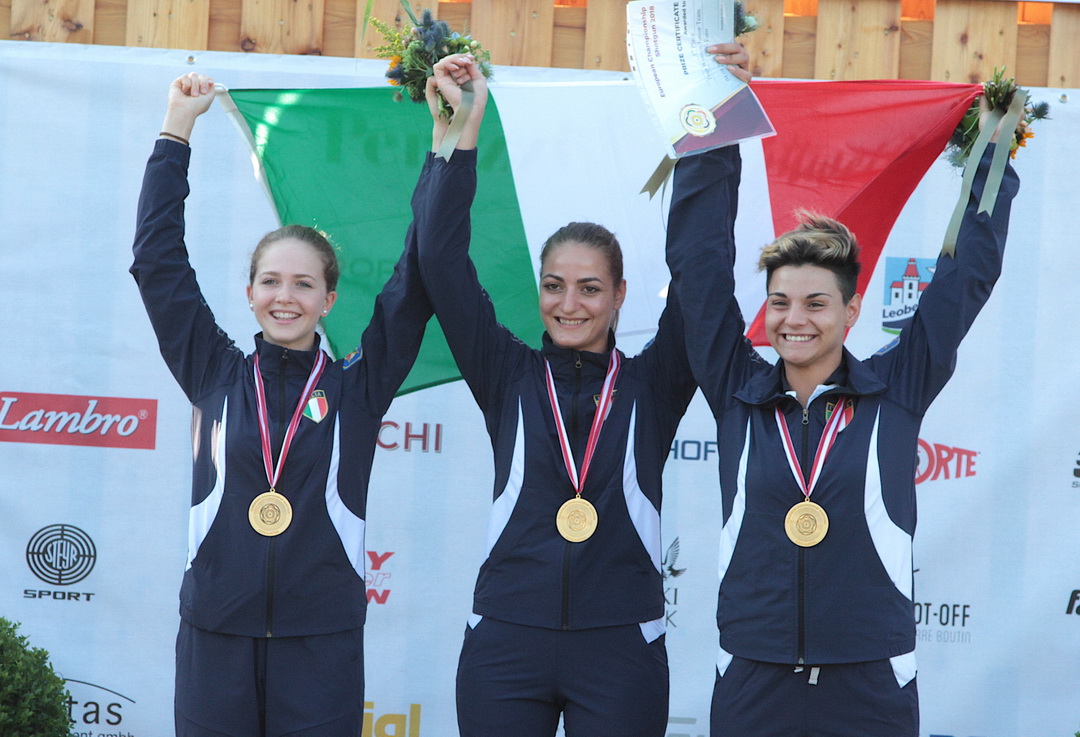 Italy seemed to be the strongest country in Trap shooting if we compare the success of podium place in the European Championship. Italian teams won the Trap Women, Trap Men and Trap Women Junior Team Championships and in Trap Men Junior Italy was fourth.

In the Trap Women went directly to the semi-finals while it was the winner of the Qualification. In Quarter finals Great Britain won Austria 61-52, Germany beat Slovakia 58-56 and Finland won France 59-58.

In the Bronze match met Finland and Great Britain who lost their semi=finals. Finland did not give any possibility to Great Britain and ruled the whole match. Victory for Finland with result 61-54. Finland’s victory result 61 is European record.

In the Gold match Italy was even more superior than Finland in bronze match and did not give any possibilities to surprise even Germany tried hard. Gold for Italy with result 59-50. Italian team consisted Federica Caporucio, Maria Lucia Palmitessa and Jessica Rossi.

When writing about Trap Men Teams it is like repeating the Women part. In quarter finals France won Slovenia 68-66, Turkey beat Slovakia 70-65, Italy did not give any chances to Belgium and won 71-62 and finally Portugal won in the tight match Czech Republic 69-67.

So when Italy and Portugal won their match in semi-finals they received the place to Gold match and Turkey and France went to bronze match. In the bronze match Turkey started strongly but then France passed them and they kept the lead into the end and won Turkey with result of 60-57.

In the Gold Match Italy ruled the match from the start to the end. When Portugal had its weak moments, Italy could attack and break the clays. Italy won finally Portugal superiously with result 66-56. The Italian team consisted of Emanule Buccolieri, Mauro De Filippis and Giovanni Pellielo.