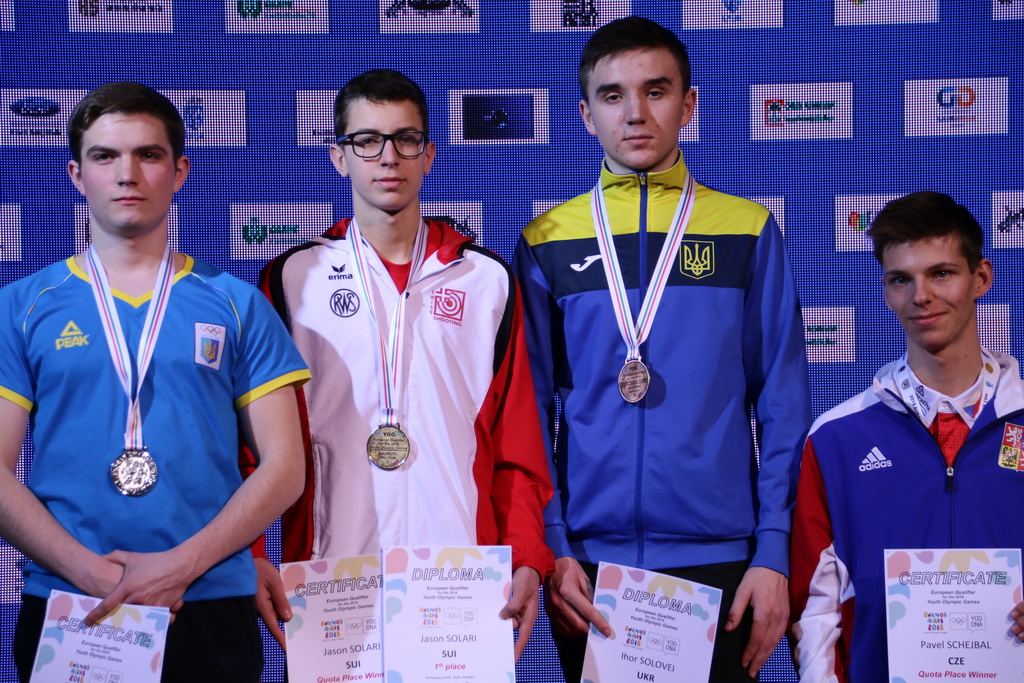 Swiss Jason Solari won the 10m Air Pistol Men Youth competition in Györ. At same time he won a quota place to Italy. Solari was the last who reached the final place from the Qualification. This final showed once again that it is necessary firstly to reach the final place and the final is then another new competition. So it was also today.

The best of the qualification was Ukrainian Dmytro Honta with result 577, Solari lost to him at qualification then with 11 points. In final the list was different. Seventeen years old Jason Solari won Dmyro Honta with 2.9 points. Bronze medal winner was Honta’s team mate Ihor Solovei who was leading in the middle part of the finals.

The winner of quota places to Buenos Aires were Switzerland (Jason Solari), Ukraine (Dmytro Honta) and Czech Republic whose Pavel Schejbal was finally fourth in the finals. One nation can have only one quota per event.

«Exciting final and also qualification. Lucky me that I won. This was my second international big final while I was in Baku already at the final but then I was eight. I have been training for 6-7 years only and of course I would like to go Argentina and win there and after some years my goal is to be adults Olympic medallist», told Solari and waited his turn for the doping test.