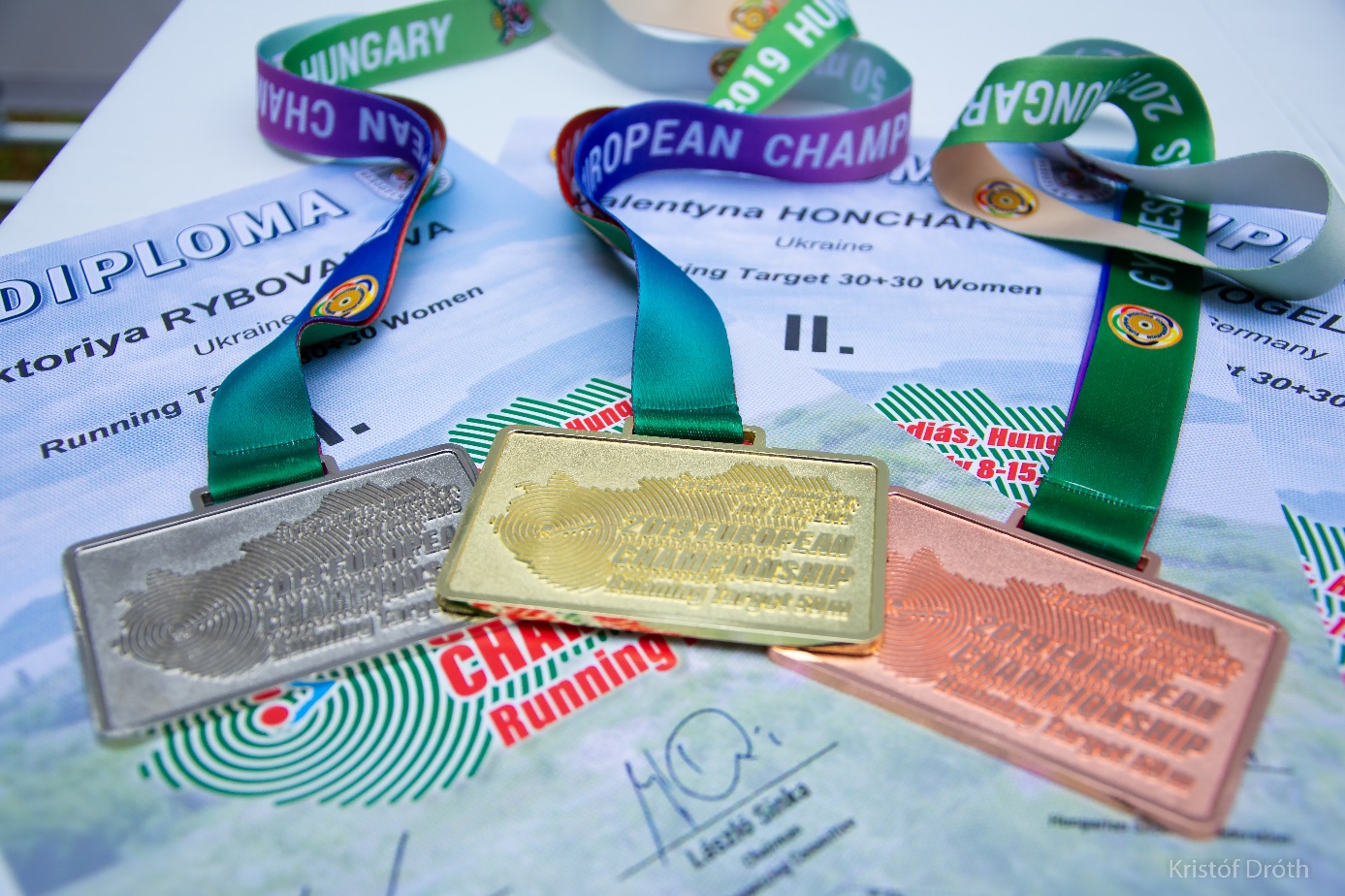 The women start the Fast’s day.

Meeting again our ladies to start today shooting. Temperature is fresh, around 18 degrees.

Let us keep in mind that this European championship is the first even for women; even if used to compete in 10m events, our ladies are “newcomers” at 50m. Let us be sure that rapidly they will improve their result for next rendezvous, but let us stay in Gyenesdiás:

In the individual ranking, the winner is Viktoriya RYBOVALOVA from (UKR) with 573/600, which is European record for this first competition. She is followed by her team mate Valentyna HONCHAROVA (UKR) with 567 pts. Just one point behind, Daniela VOGELBACHER (GER) could take the third place with 565.

Give a wink: Veronica MAJOR (HUN) is almost as good in running target as in pistol shooting; with 558 she is on rank #6.

For the Fast’s also, the 19 men followed.

For them also, the Fast’30 allows to identify the best athletes.

After a good fast-run equal to yesterday’s slow-run, Jesper NYBERG (SWE) took gold with 592/600. Even after the rewarding ceremony, he just shared that he “still couldn’t realize his victory”.

The Cliffhangers of the day is an exciting Shoot-off for the second place with 589 pts.

The 4 first shot are all tens, but then Azarenko (RUS) shot 9 and 8 whereas Stepanov (RUS) still shot only 10’s.

Maxim STEPANOV (RUS) who already was the 3rd at last European championship 10m in Osijek last March, finishes second here in Gyenesdiás. M. Azarenko (RUS) is at the third place

Who wants to bet?

Let us see if Kris HOLMBERG (FIN) will renew his scenario of the last ECH 10m in Osijek: being 12th in 30+30, and winning the mixed-events 2 days later?

Ida HEIKKILA (FIN) continues her strong performance, and maintained her yesterday’s 1st rank with total of 553/600 pts. Of course, it is also the new European record. Let us remind that this ECH is her first competition out of Finland. She is followed by Marharyta TARKANII (UKR) with same score of 552 pts. A good progress for Kristina ZHOLUDEVA (RUS); she could improve her position from fourth to the third place during the fast run up to 543 pts.

The Junior Men followed the Junior Women in this running target 50m events.

Andreas Bergstroem (SWE) wins with 582/600 pts; “I only realized that I am performing at the last shot!” told Andreas. Kris Grossheimer (GER) lost the title at his last shot which brings him to the second place with a total of 581pts.

The show must go on; the 2nd shoot-off of the day for the win of the3rd place, between Aaro Vuorimaa (FIN), and Mats Eliasson (SWE) the both with 577 pts.

This shoot-off end after 2 shots in favor of Mats Eliasson (SWE) who became the 3rd on the podium.

The fourth place is no so hard for A. Vuorimaa (FIN), who was less successful than in last March 2019 at the ECH 10m in Osijek.