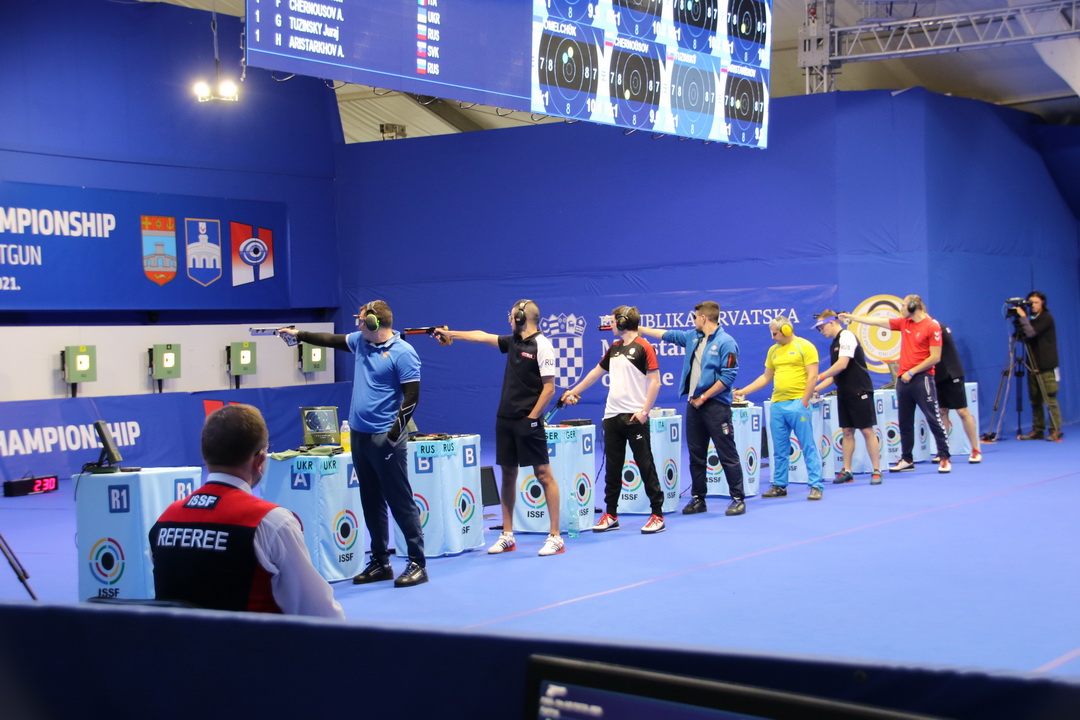 In Air Pistol Men the new European Champion is Juraj Tutzinsky from Slovakia.

He won the Championship before Russian Vadim Mukhametyanov. Tutzinsky’s victory result was 241.0. Although Mukhametyanov lost the victory, he won the quota place. German Robin Walther was a happy surpriser by winning Bronze.

The evening was ended also with a surprise, when German Carina Wimmer won the Championship and also a quota place for Germany. She has competed once before at European Championship, in Györ, Hungary, in 2018. In Györ Wimmer was 24th. Surprise was also that Wimmer could finish the competition with fine hits and beat Russian strong Batsarashkina, while she clearly heard just before the last two shot, that she won a quota place. In that situation she was 1.3 points behind Batsarashkina. Wimmer ruled her nerves and won finally with the difference of 0.3. Wimmer’s victory result was 242.3.