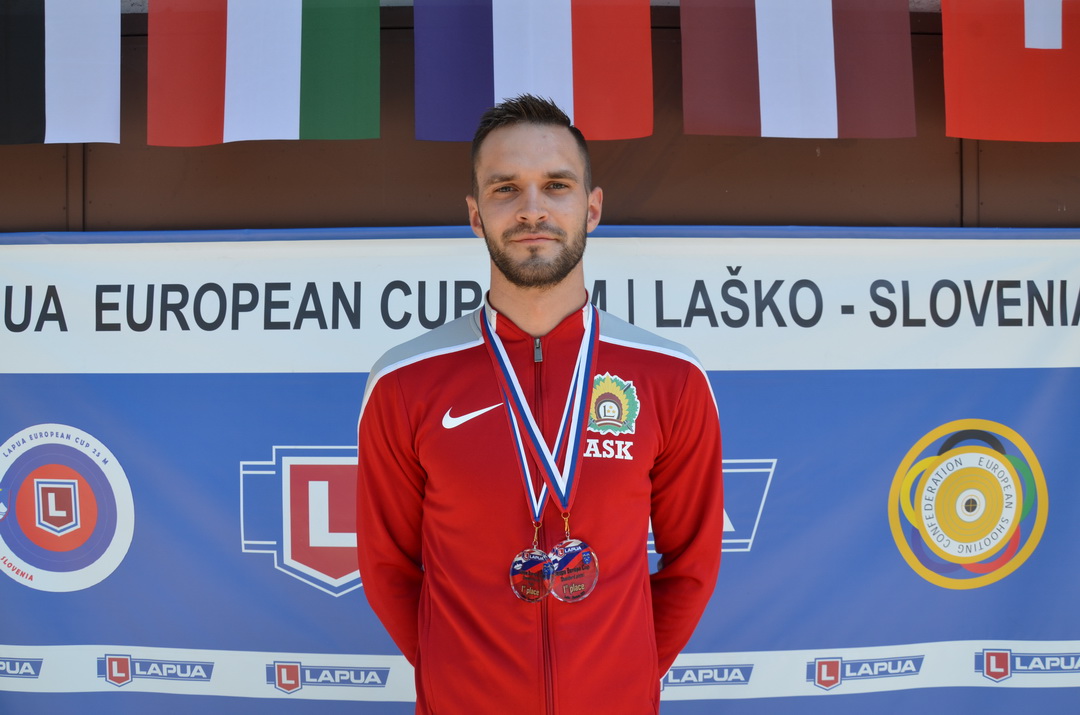 The best in the individual´s competition was Lauris Straumanis with result 574 (194+192+188). He beat his teammate Emils Vasermanis (572) finally with the difference of two points. Starumanis and Vasermanis were in tied position after 150 and 20 sec series, but the in the last 10 sec series, Starutmanis was stronger and shot 188-result, instead Vasermanis 186. The Bronze medal stayed in Slovenia for Joze Ceper with the result of 568. Fourth was Latvian Emests Erbs(564).

Latvia won naturally the Gold with result of 1710. Austrian Team was second (1664) and Slovenia third with the same result as Austrian team. Austrian won the Silver with the number of inner tens (AUT 34/26 SLO).

The finals of the 25m Lapua European Cup will be competed on 17-19th September in Châteauroux, France.