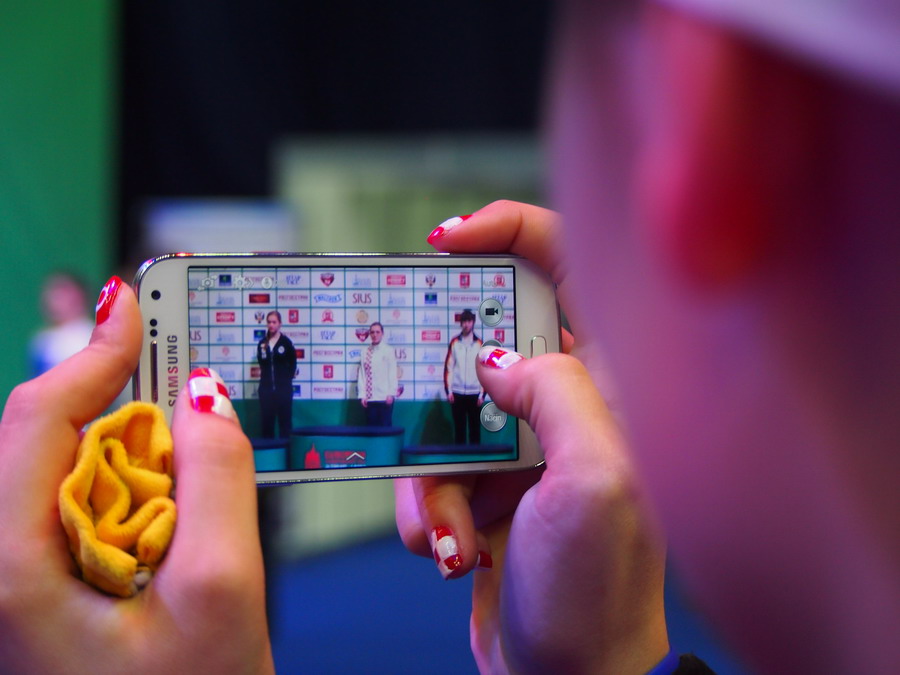 The Organizing Committee brought again something new to the competitions

Applause and noisy support in competitions are already old in shooting sport. The 2014 ECH surprised positively again by bringing acrobatic group of cheerleaders “Dynamite” on the arena. The group delighted spectators and athletes during the 10m Air Pistol Men Youth. The feedback was very positive.

The winner of Air Pistol Men Youth was shocked after winning

The Young Armenian Zaven Igityan was ever so amazed after the final by winning the Qualification that he nearly could not say anything. His father is a shooting athlete and after 2 years Zaven and his father started to train shooting sport.

“He asked me to try and I did. So now I´m here. I´m so happy, I can´t say anything, this is so amazing that I really can´t understand this. This is something new for me and I must think a little bit what I have managed to do”, told the amazed Igityan at the mixed zone.

The Air Rifle 10m Women Youth competition was very exciting event while there were three ladies, between which the leading position was changing nearly all the time: German Baenisch, Austrian Ungerank and the winner Ivana Basic from Croatia.

“My heart was pumping when I entered the finals arena. I was here yesterday, and I could feel the size when I was watching the arena, but today it was something else. I heard the results but I didn´t let it disturb me. I tried to enjoy. My motto is that I´ll try to learn always something new. This was a marvellous possibility to enjoy the feeling of a big competition and at so fine arena”, told the winner Ivana Basic.