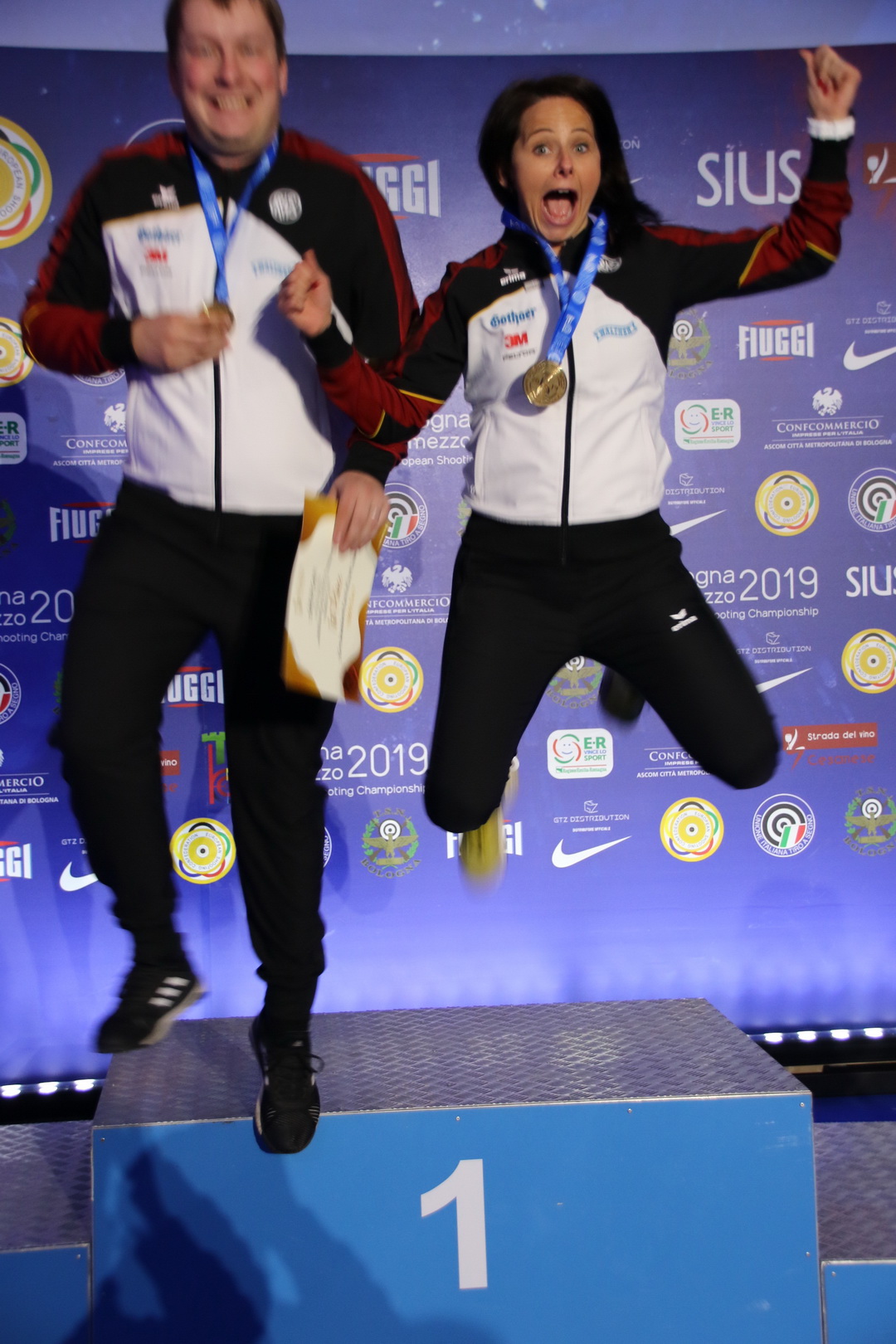 The sky started to cry this morning during the journey from hotel to Bologna Shooting Range.

The weather was sorrowing with us when the championship will appear to the finish here in Bologna. So do we, nearly two weeks in so beautiful Bologna. I feel also a little bit sad. Well, anyway the caravan runs and dogs are barking – the championship will continue to Tolmezzo. The rifle 300m events will take place there during the next week.

The Sunday’s final was 25m Standard Pistol Mixed Teams. Twenty one teams participated into the Qualification and via semi-finals the four best will continue to the final.

The Final full of Olympic medalists

When the final started we could recognize that there were many Olympic medalists on the line. German team 2 was the best team in semi-finals and so it was also in this final. They didn’t give any possibilities to the other teams and won all the series of the final. Monika Karsch and Christian Reitz show their best skill in the final. Silver shot Ukraine 1 Olena Kostevych and Pavlo Korostylov.