Monika Karsch entered step by step to the European Championship 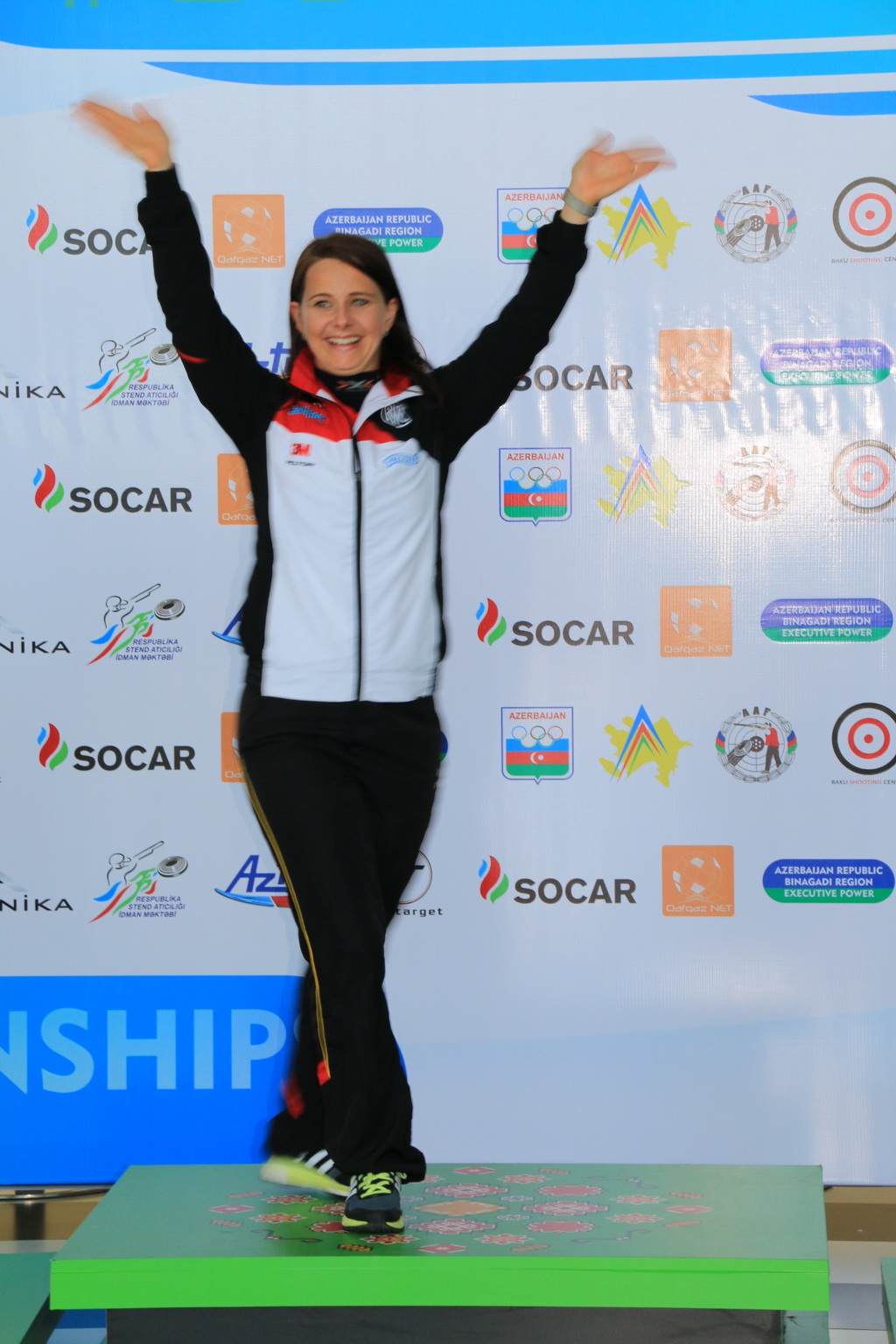 25m Pistol Women Final was triumph of Monika Karsch. In the Qualification she was seventh but it didn’t disturb her at all. She was qualified into the Finals. The best of the Qualification was Olympic Gold winner Anna Korakaki (GRE) with the result of 587(292+295). Karsch shot 582 (287+295). The other athletes who achieved the place for finals were Marta Grozdeva (BUL-585), Antoaneta Boneva (BUL-585), Zorana Arunovic (SRB-585), Klaudia Bres (POL- 585), Heidi Diethelm Gerber (SUI-584) and Sylvia Steiner (AUT-582).

Monika Karsch was quire superior in the end of final, but the beginning was a little bit difficult. When she found the right rhythm anybody couldn’t stop her triumph. Her winning result was 39 and it is Egual World and European record. In the final the silver medal winner was 22 years old Klaudia Bres (33 points) from Poland and bronze medal was won by Bulgarian Maria Grozdeva (29 points).

“I’m very-very happy at this moment. My main goal was this European Championship and to win the gold. Some athletes say that the year after the Olympics is not so important but for me it is. I started my season in April. I wanted to keep the balance with training and family. It is important to relax and be in balance with your nearest people. The World Cups were not my main goals, they were only steps for this moment. I didn’t shoot well in those competitions but I was not nervous. They prepared me to this. Four weeks ago, I shot a final in practise and it went so well, then I knew that I can win the European Champion”, explained her preparation to the Championships new European Champion Monika Karsch.