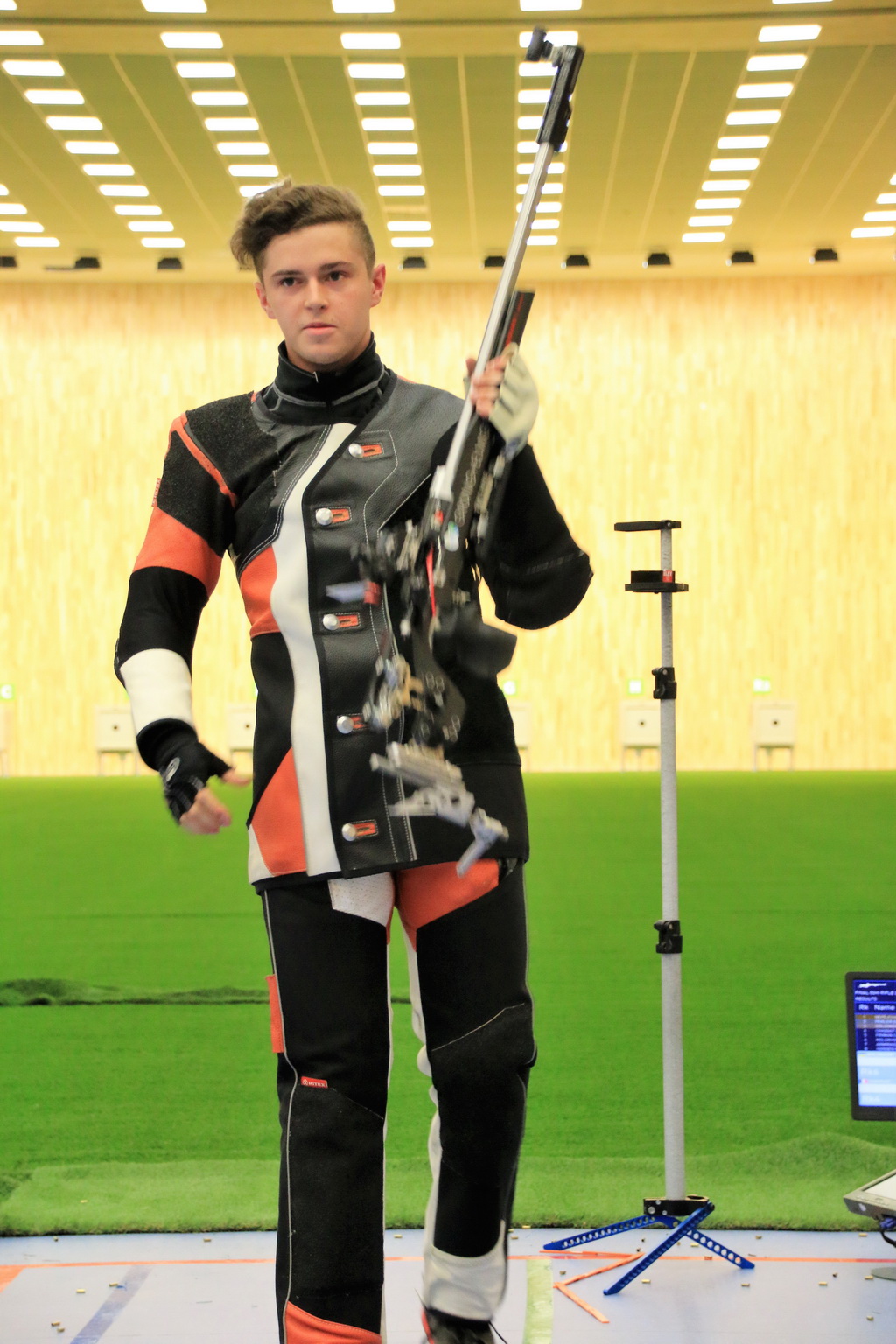 The Rifle 3 Positions Men Junior Competition was a great Triumph of Filip Nepejchal. His beginning was very difficult. After the Kneeling he was only on the 6th place. At prone he did not look going well at all while he dropped to 7th place at final. But when the last position (standing) started he started to turn also in different direction. Slowly but surely he was acting like a hunting puma who has seen an antelope.

After the first two 5 shot series Nepejchal has climbed already on 4th place. Zalan Pekler was leading in that point with result 401.8. Russian Andrei Golokov was second with the difference 1.1 point and French Emelian Chassat was only 0.3 points behind Golokov and fourth Nepejchal and Finnish Cristian Friman with same result 400.2.

In the next shot Nepecjchal managed to hit 10.5 and took the lead with same result as Golokov (410.7). Two careless victims were eaten. Next shot and Golokov and Nepejchal shoot both 9.9. Then Nepejchal starts to hit tens 10.5. – 10.8 – and the last 10.1. Hungarian Pekler beat finally also Golokov.

“In the beginning of the kneeling my shooting was very bad and difficult while I didn’t find a good position. It was also same in prone position, but in standing my shooting started to settle down and then the hits came better. I’m very happy but I use to go step by step. From here it is good to continue, of course the goal is in Olympic Games”, told Filip “the Great” Nepejchal.

The European Champion travels to Czech Republic with result 452.0.