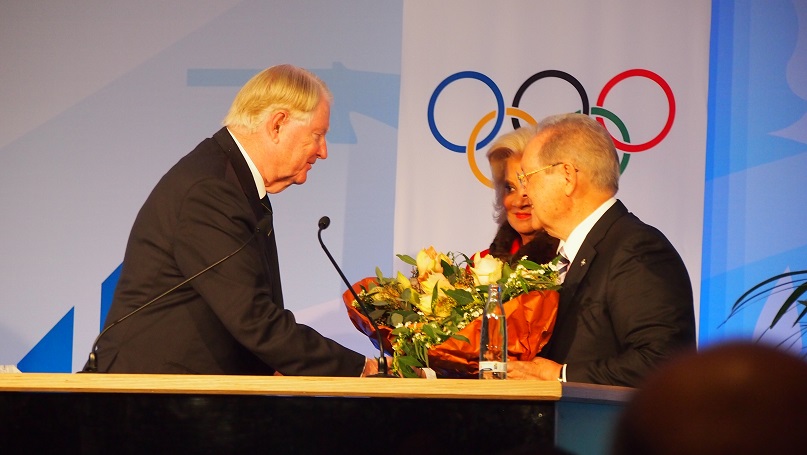 “Thank you for your loyalty and for your trust”, said Mr. Olegario Vazquez Raña to the delegates right after his reelection. “You have given me the opportunity to reaffirm my commitment to all sport shooters of the world and to this sport family that I love. You can be certain that for the upcoming four years, changes and developments will continue. We will keep on working on our agenda, to make us stronger, to reach more athletes all around the world, so that our beloved sport becomes more attractive to people and more solid in the Olympic Movement. I am convinced that with your support the next four years will be really productive, because if we are united the future of our sport will be bright.

“Thank you very much for supporting me today. I will work for the sport with passion, and you will never regret this choice”, said the newly elected ISSF Vice-President Vladimir Lisin.