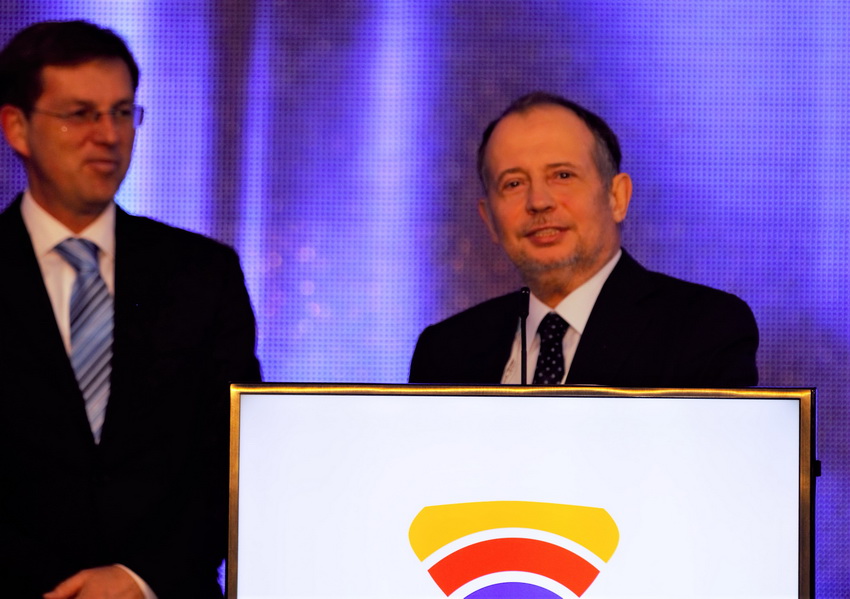 European shooting Championship 10m formally started today with the Opening Ceremony. 582 athletes from 46 European countries with compete in the Championship.

Mayor of the City of Maribor, Dr. Andrej Fistravec, extended his welcome to athletes and guests in Maribor, the second largest Slovenian city. Athletes and guests were also greeted by Dr. Miro Cerar, Prime Minister of the Republic of Slovenia and Honorary President of the Organizing Committee:

“Shooting sport has a long tradition in Slovenia. Rich history of Slovenian bourgeois shooting societies started as far back as 12th century when they were first mentioned in documents and chronicles. At that time their main goal was to train for the defense of their towns and maintaining the peace within town boundaries. Later shooting lost its primary defensive role and became popular as a sport. It is no coincidence that shooting sport is present at all Olympic Games of the modern era since 1896. As I pointed out the tradition of the shooting sport is very rich in our country. Eight athletes participated at Olympic Games. More than 100 shooting societies with more than 2500 active members are active in our country. Slovenian shooters won 107 medals at Championships of the highest level”, told Prime Minister in his speech.

“Shooting is a sport requiring discipline, accuracy, calmness, prudentially and determination at the right moment. Virtues we all want to have and are beneficial to all of us. Dear shooters, your ability to calm yourself in most exciting moments and to demonstrate excellence is admirable quality”, reminded Prime Minister Cerar.

“I would like to welcome you to Slovenia and Maribor. Slovenia hosts the best shooters in Europe for the third time. This time Maribor proudly hosts the European Championship 10m in Rifle, Pistol and Running Target. The shooting sport has a long tradition in Slovenia; our shooters have achieved excellent results at the biggest competitions. I am convinced that this is also one of the reasons, why the European Shooting Confederation has entrusted us with the organization of the European Championship”, thanked the President of the Organizing Committee, Mr. Ljubo Germic.

Mr. Vladimir Lisin, President of the European Shooting Confederation, thanked all the athletes, the Republic of Slovenia and also the Organizing Committee by finishing his greeting in a very Slovenian style by saying: «I love you all»!