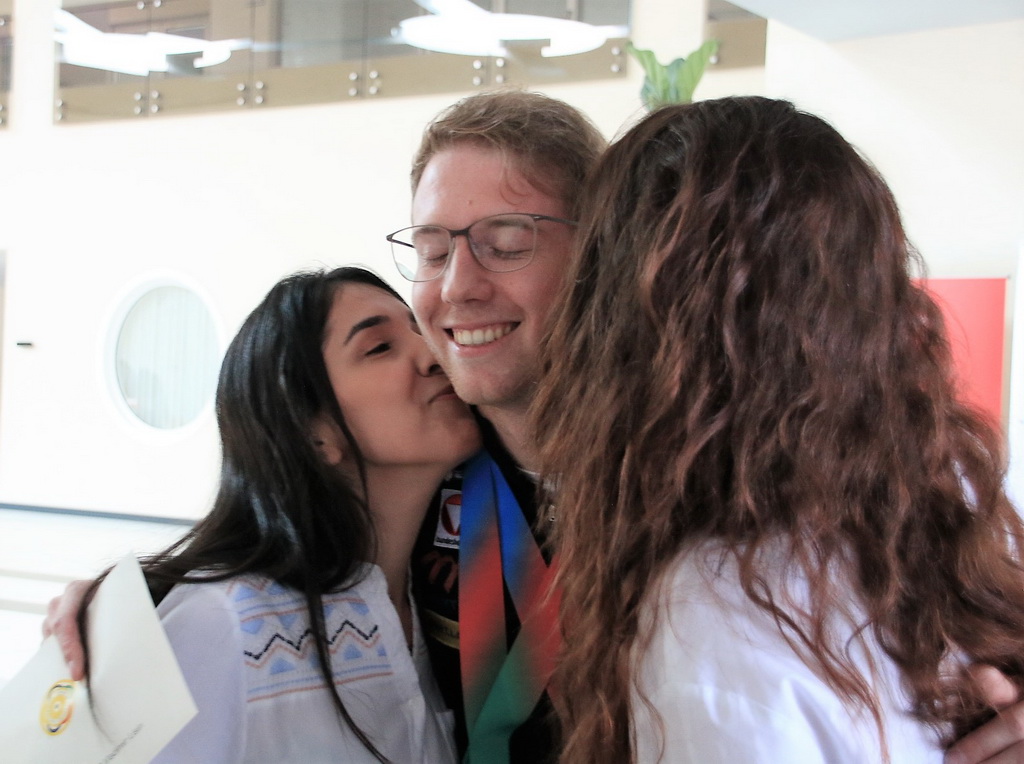 European Championships in rifle events finished with the 300 m Standard Rifle Men Competition. You could already see and feel a long week of competing in challenging conditions on the faces of athletes. The weather was not today as hot and windy as yesterday, or it felt so.

The competition was very tight while the victory was solved by the number of inner tens. Juho Kurki from Finland was on the top place long time but slowly behind him came Bernhard Pickl from Austria. Kurki was leading Pickl before the last position, standing with five points. Kurki’s weak moment came in the end of standing. He shot 185 and Pickl 190. When counting the inner tens, Bendard Pickl had 20 inner tens instead of Kurki’s 18 inner tens.

“The kneeling and prone were quite good, but then during the last ten shots I broke a little bit. Concentration disappeared and I felt myself weak. Too many not so good hits and I couldn’t make any change for it and rise to my normal level any more”, described the silver medallist Juho Kurki his competition.

“The feeling is incredible after this long championship. Perfect finish! I think that the tens in my prone shooting position saved me this time, I received them a good number. I had some difficulties while my firing place located so that I couldn’t see the wind flags from left side at all, only from right side. And if the wind changed in left I couldn’t see it, but some way I handled that. Anyway quite many nines and one eight, strict competition. I’m of course happy for my championship but also for the team silver medal too. We have had successful championships with Austrian team”, summarised his shooting ever so happy Bernard Pickl.

The bronze medal winner was Kari Olsson from Sweden who lost brighter medals only with one point. The Gold and Silver Medal results were 578 (Pickl 20 inner tens, Kurki 18), the bronze medal result 577.