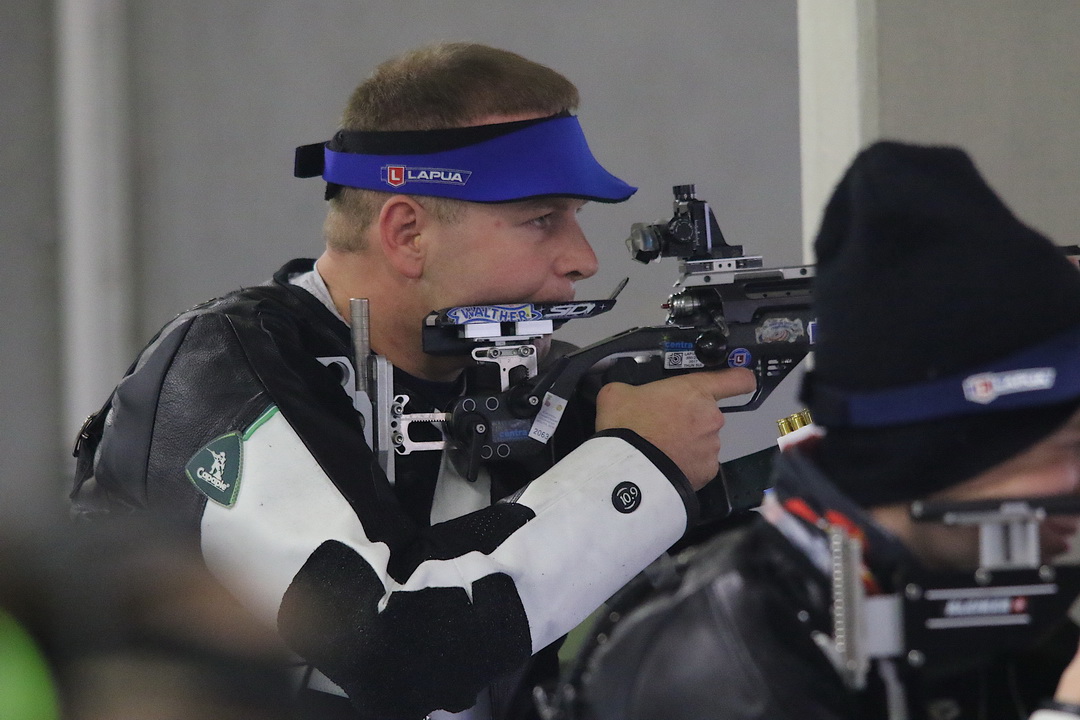 The weather had changed from the nice sunshine to a rain and thunder in the morning. The competition had to stop for 45 minutes when it rained and there was a thunder storm.

"The conditions were very difficult. My last five prone shot were terrible difficult. I had to say all the time «I can, I can» while it was ever so difficult to see the target’s inner black part. The the weather calmed down and the rest was much easier", explained bronze medalist Gilles Dufaux from Switzerland.

"I had some problems when I shot kneeling. Also the break during the competition influenced to me. My pulse was very high and felt it all the time. My concentration was lost for a while and someway I was disappointed. The positions, especially kneeling was good for me. Then the decision of jury to agree the participation of two delayed athletes influenced to me. In my opinion it was not fair while they did not follow the new schedule. I was felt it someway strongly. Well, in the end of the competition fortunately result was good enough", explained Silvia Guignard, the winner of 3 positions.