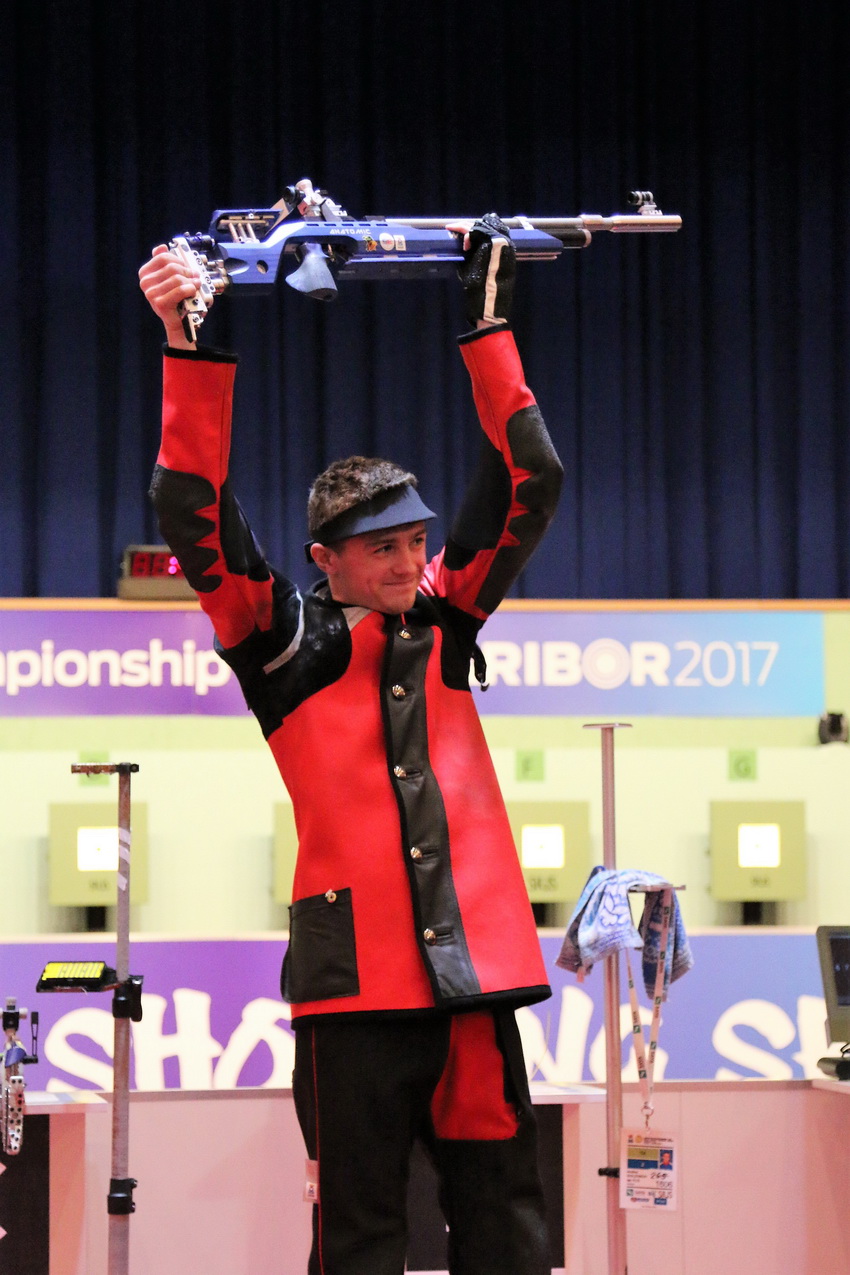 «It was my first European Championship and I was very nervous during the whole Final. Someway I managed to concentrate and do my best. This is so amazing», explained new European Champion. «My next goal is the World Championship, but I have to train still more and more and of course I would like to become an Olympic Gold medallist one day», concluded the young talent for the media.

Andrei Golokov set also a new Juniors World and European record which is now 249,8. He bet silver medallist Serbian Lazar Kovacevic with the difference of 0,8 point. The bronze medal was won by the Hungarian Istvan Peni who has been won a lot of medals during his young carrier. Today he can also add into his list also a World and Junior Team Record while Hungary won the team competition.

In the team competition Team Hungary continued the golden road which Veronika Major started this morning. Team Hungary won the team competition with a new World Record with the result of 1873.3. The old record was set four years ago. The Hungarian World Junior Record team consisted of Istavan Peni, Peter Vas and Csaba Kovacs. Silver won team Croatia who lost gold only with 0,2 point. Bronze medals travelled to Russian Federation.