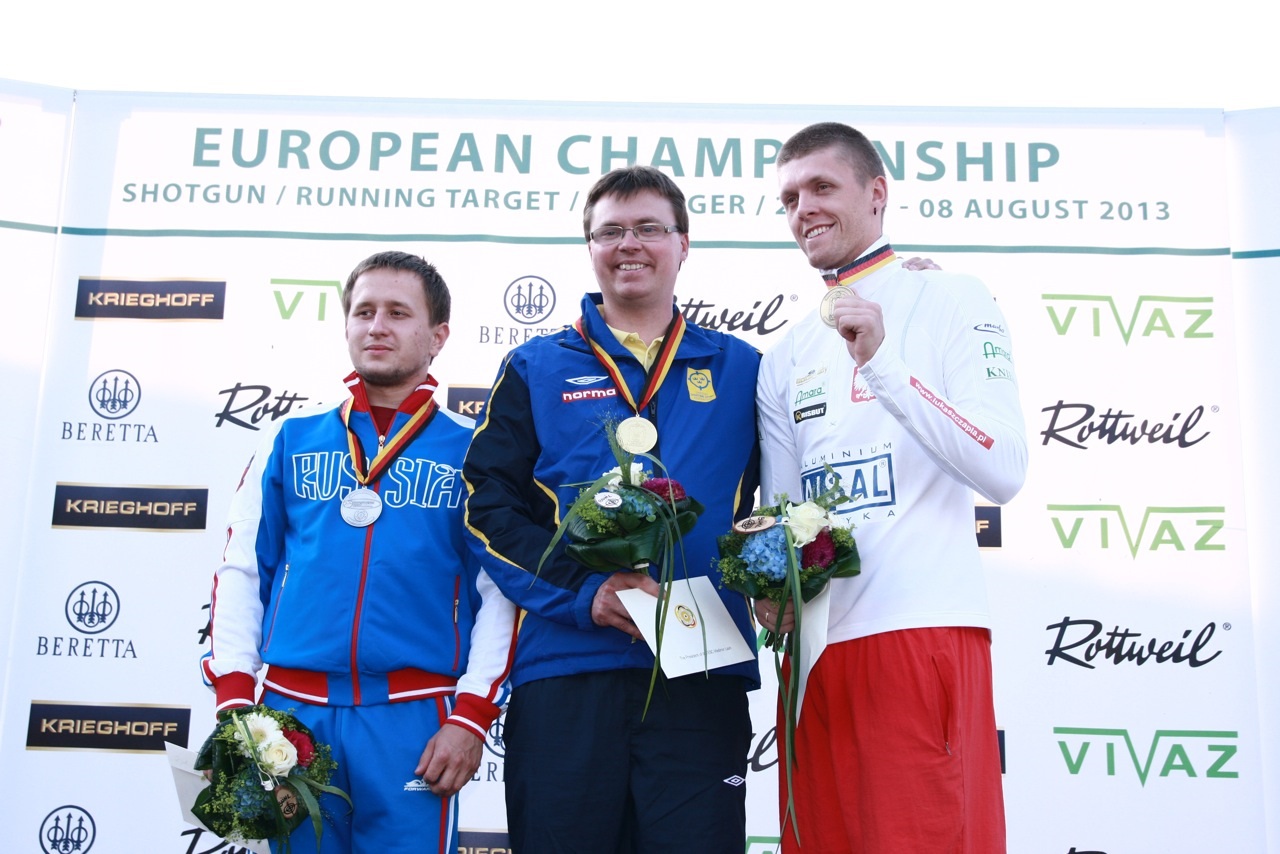 When 50m Running Target Men finished on Friday the Russian Mihail Azarenko was leading with 298 points. Other two athletes – Yehor Chyrva from Ukraine and Emil Martinsson from Sweden – had equal results.

On Saturday it was the turn of the fast runs. Emil Martinsson shot smoothly, calmly and well. His series were 97, 98 and 98, which gave the total of 293 points. This was the second best result. Only Lukaz Czapla from Poland could do it better - 295 (99, 98,98). But Martinsson was in the leading group at the end of the first day and Czapla was not. It meant that Martinsson was to take the gold. Czapla with his excellent shots in fast runs managed to catch up with the Russian Azarenko. Both had the same total result of 589 points. A shoot-off was needed to determine the final medal standing. Actually, two shoot-offs were needed before it was clear who would be the silver and the bronze medal winners. After the first shoot-off both received 20 points and after the second one Azarenko defeated Czapla 20-19. The golden result of Martinsson was 591 points (298+293), the silver winner Azarenko got 589 points (298+291) and Czapla got 589 points (594+295).

The Russian Federation won the team competition with the result of 1756 points. The team consisted of Mikhail Azarenko (589), Dmitry Romanov (594) and Dimitri Lykin (593). Ukraine (1744 points) became the winner of the silver medal and the Czech Republic (1742 points) won the bronze.

The same order was after the fast runs, but a shoot-off was needed between Kizyma and Germain, while the Frenchman shot the fast runs four points better than Kizyma. Finally, Kizyma won the shoot-off 19-15 and the European Championship with 581 points (298+283), the silver went to Benoit Germain who got 581 points (294+287), the bronze went to Stanislav Los who had 578 points (292+286).