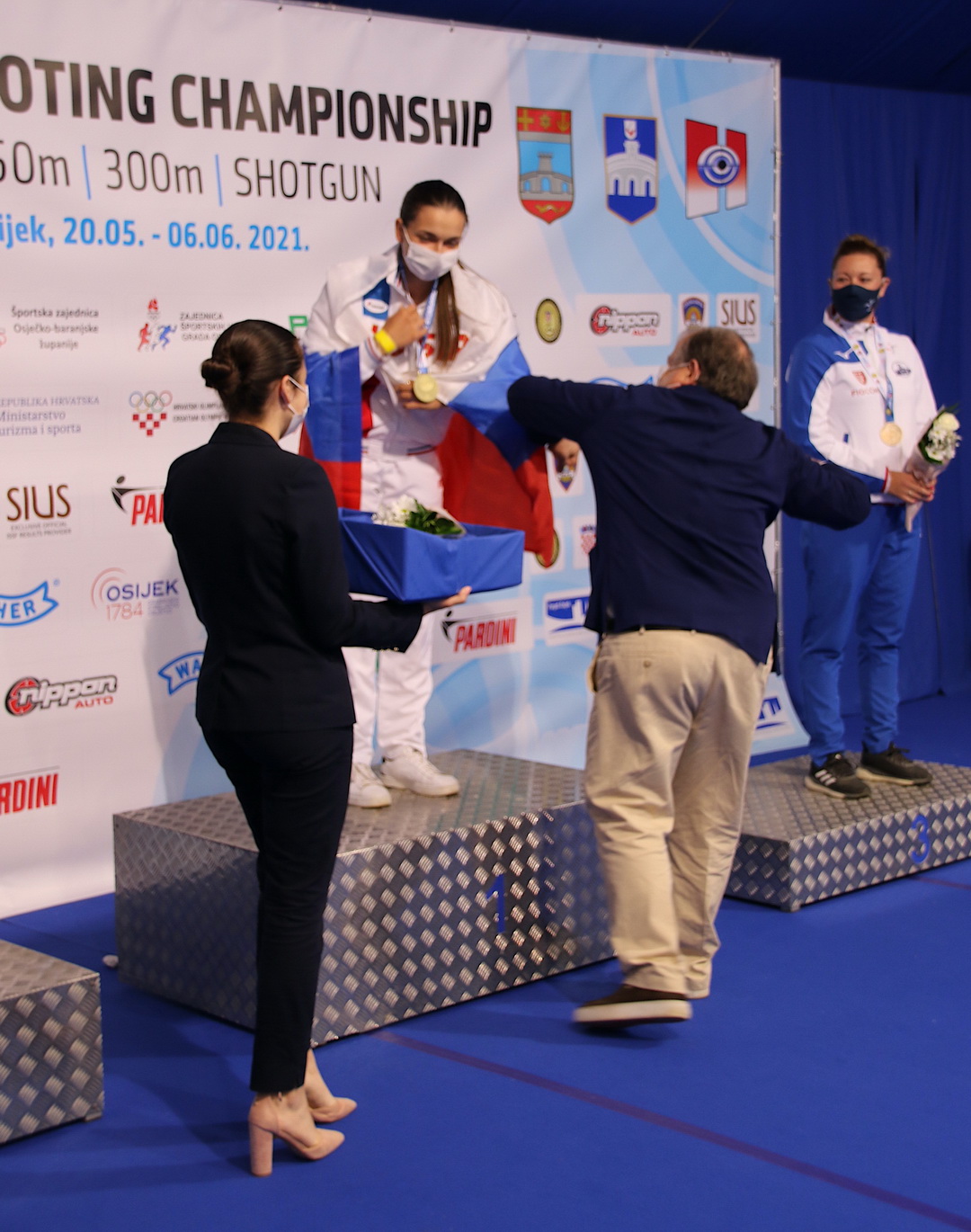 Russian Daria Semianova shot a new European Record Junior in the Trap Women, she can compete also in Juniors, but this time she was competing in Women. And not bad at all.

Semianova won the Trap Final before Italian Jessica Rossi. The difference was finally 3 hits (44-41). The final result is also a new ERJ.

In Trap Men British Matthew John Coward-Holley did not give anybody to surprise him. He missed three clays and beat Silver medalist Jiri Liptak (CZE) with the difference of four clays. Bronze medalist Italian Mauro De Filippis won Tokyo Quota place as well.

In the Gold medal match Spain and Italy had a hard match for Gold. In the end they both had 5 points, so it was needed a shoot-off. Spain won the shoot-off 2-1 and at same time Gold. The Golden Team consisted of Javier Martinez Fuster, Andreas Garcia and Juan Antonia Garcia.

In the Bronze match Team Finland was clearly better with result 7-1.