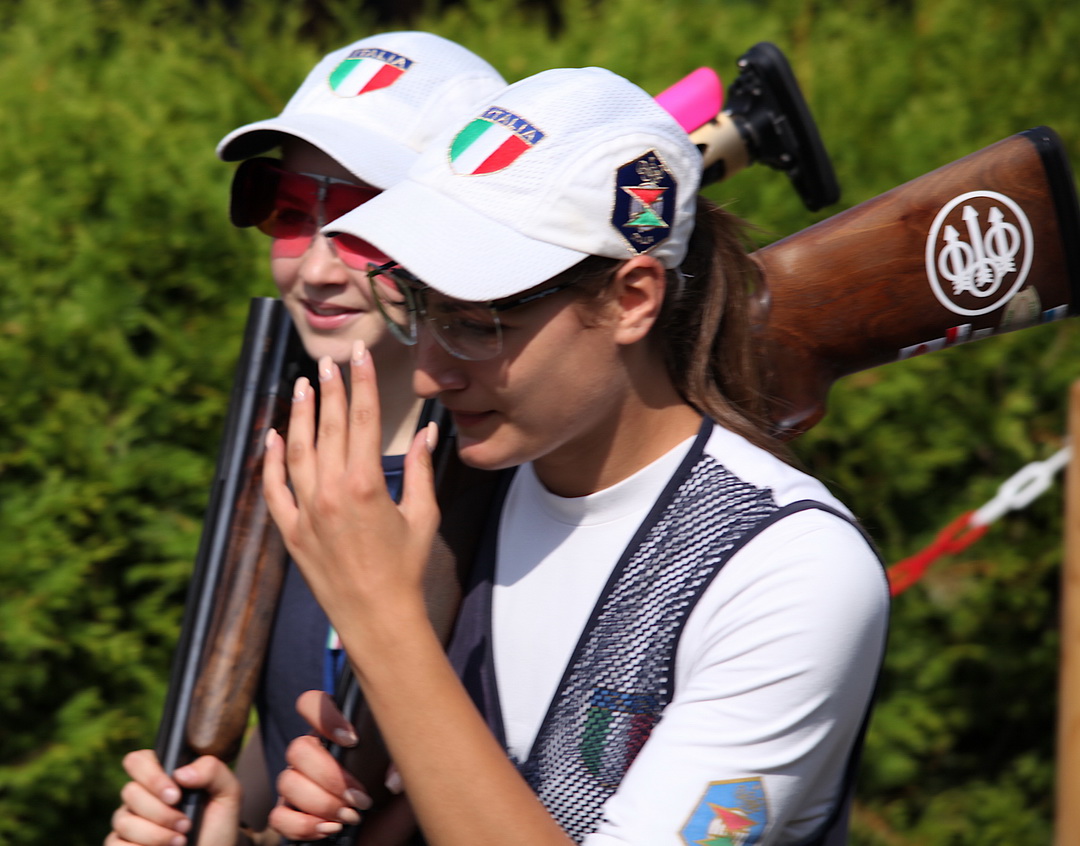 The first competition morning woke as beautiful as it had been long time during this and last week, the temperature around +30C, quite clear blue sky and sun shining. Yesterday’s opening ceremony was only a nice memory. It was time to start competing from the tittle of European Championship. The Trap Women Junior and Men Junior shot their first 75/125 shot. Tomorrow is will be the rest and finals. Total number of athletes in Trap Women Junior is 21 and in Men Junior 37 athletes.

Russian Daria Semianova is leading the Women Junior competition with result 72. She missed once in every round. French Loemy Recasens is at the moment second with the same result as Italian Sofia Littame, both broke 69 clays.

After the first day Theo Andrew Ling is leading with Czech Jan Palacky with result 74. Ling missed once in the first round and Palacky in the second round. The Men Junior competition is very tight while only one clay behind (73) there is four athletes Clement Bourgue (FRA), Manuel Da Silva Viera, Fabio Beccari(ITA)and Matteo Marongiu(ITA).

Women and men start their competition tomorrow with 75 clays, on Friday they shoot 50 clays and the finals.

The Google weather forecast looks also as interesting as the result list while it tells that the temperature is circa 31 Celsius, but there is 80% possibility to have thunder showers, humility about 59% and wind 8 Km/h. Interesting Thursday is approaching!

The finals can be seen LIVE on ESC Web site.