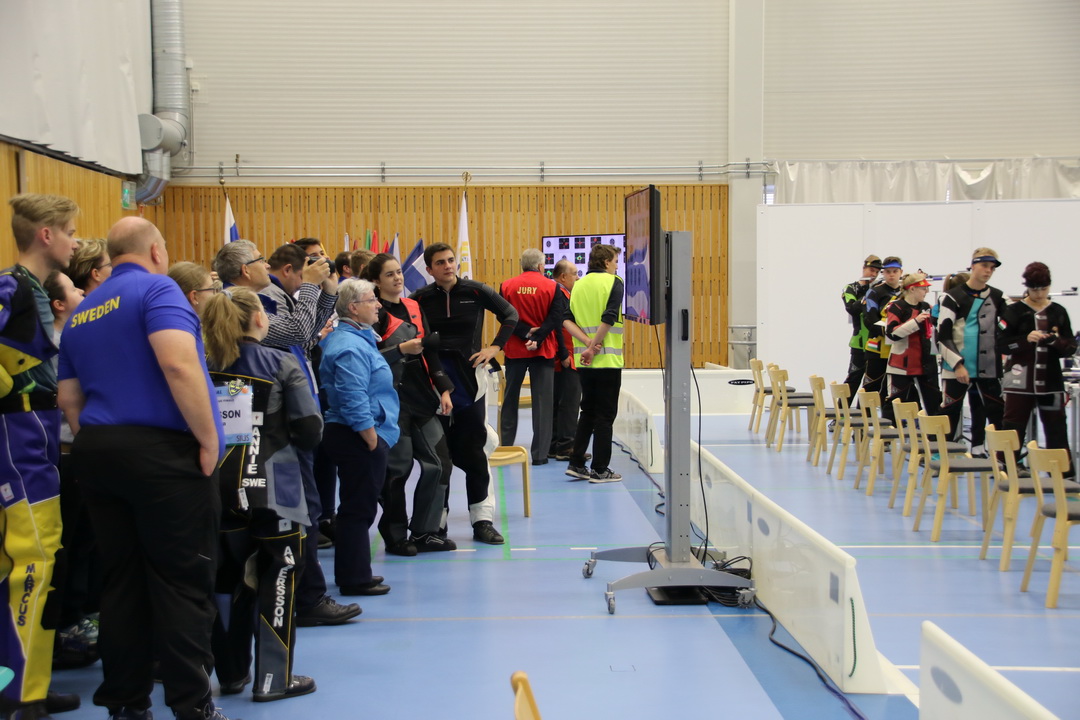 The young athletes continued their SIUS European Youth League Final on Saturday. It was still the qualification rounds. If it was seen shoot-offs on Friday, the same run continued also on Saturday morning, especially in Air Rifle matches.

In Match three competed Finland and Hungary. This match was finished with result 12-12. After the shoot-off (1-2) Hungary took the victory. The only straight victory was in the second pair, where Serbia beat Sweden clearly with result 16-8.

Poland and Austria met in the match number four. The shoot-off was needed also in this pair with result 12-12. Austria was finally better and took the victory with result of 1-2. Italy and Russia needed also shoot-off in the second pair of the match four. After 12-12 result Italy surprised Russian Team by winning the shoot-off 3-0.

In the last matches Sweden beat Finland easily with result 19-5. Serbia and Hungary had a very tough match. It ended to the tie result 12-12: shoot-off, which Hungary won a little bit surprisingly 2 -1. Poland met in his last match then Russian team. Russian won it clearly 6-18. Italy and Austria met in the last rifle match and Italy was it also with the same result as Russia his match. Italy -Austria 16-8 for Italy.

When looking the results, it meant that in Bronze match will compete Sweden and Italy and in the Gold Match Serbia and Russian Federation.

In Air Pistol the results were clearer. Italian team took a superior won from Latvia 21-3 and Russian team beat Lithuania with same result 21-3 in the match number three. Ukraine did not give any possibilities to Czech Republic by winning them clearly with result 20-4 in the match four. Poland lost their match against France. The victory result 6-18 for France.

In the last Pistol matches Latvia did not have any possibility against Russian Federation which was superior. Russian team won with result 22-2. Italy was better in the match against Lithuania with result 17-7.

The last pairs of the Saturday were Ukraine – France and Poland – Czech Republic who competed from the medal matches. Ukraine continued his strong performance and won France with result 15-9. In the last match Poland won Czech Republic 17-7.

The final result meant that in the Bronze Match will compete Czech Republic and Italy. To the Gold Match will meet Ukraine and Russian Federation.

The Medal Matches on Sunday

The Bronze Matches will start the last competition day of the 2018 SIUS European Youth League Final. The Air Pistol Bronze Match will start at 09.00 and the rifle one at 10.00.

The Gold Matches will follow immediately after Bronze Matches: Air Pistol at 11.00 and Air Rifle 12.00. (All starting times are Finnish times).