Russian Lomova/Chernousov was a successful couple in Mixed Team event 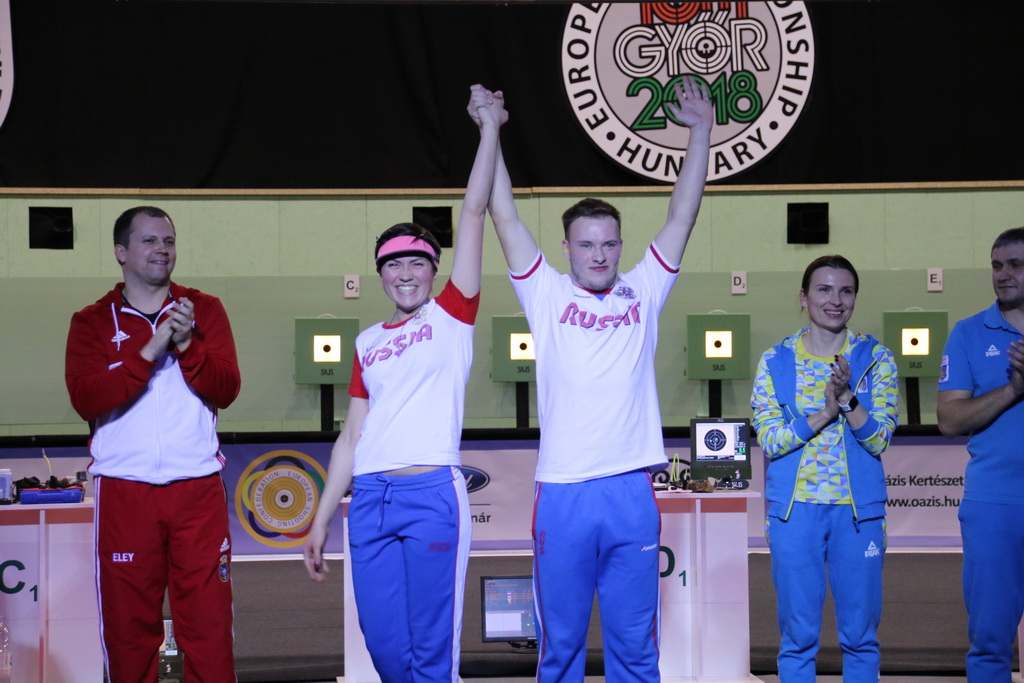 50 team and 31 nations participated in this event. Mixed Team Competitions are event which first developed the European Shooting Confederation who has active participated also to develop the gender equality.

Russian team Margarita Lomova/ Artem Chernousov was the best of the Qualification with result of 775 (Lomova 387, 388 Chernousov) which a new Qualification World Record. The others who achieved the place to finals were Serbia, Ukraine, Italy and Portugal.

Ukraine took the lead after 5 first shot but then after next series Russian team had taken the lead and also kept it in to the end of the competition. Their result was 482.8 which is also a new World and European record!

When the announcer asked Margarita Lomova her feelings she told that he has enjoyed the final and was very happy when winning the finals.

“It was awesome to win but also to shoot with Margarita Lomova, it is different to compete together than alone. I enjoyed a lot”, told Artem Chernousov.