Russian Teams were the best in AIR 50 Senior Cup finals 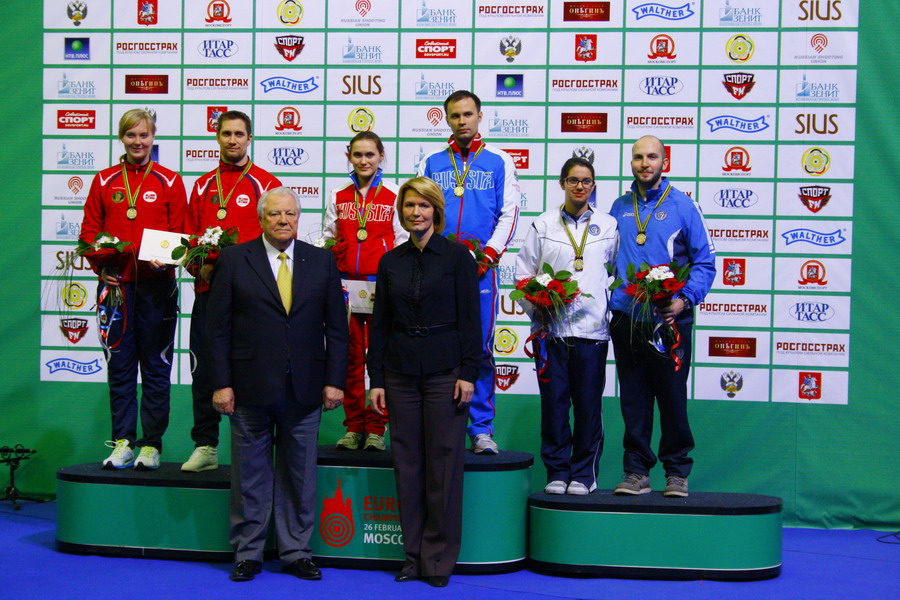 On Tuesday evening athletes competed in a new moderated team competition for senior teams called AIR 50 Rifle and AIR 50 Pistol Senior, a female and male athlete per team. There were 30 teams competing in both events. At first the teams shot the qualification round and after that four best team competed at finals. Each nation could nominate max 3 teams.

Norway, Russia 1, Austria 2 and Italy secured their places in the AIR 50 Rifle finals. In Semi-finals Russia 1 beat Austria 2 with result 7-3 and entered the Gold Match. In the other pairs competed Norway and Italy 1. After very exciting fight Norway beat Italy 7-6.

In the Bronze Match Italy beat Austria 7-5. Probably Norway lost their power in semi-final match, while in Gold Match Russia 1 was superior and beat them with the result 7-3. So the Russia 1 won the AIR 50!

In the interview during the AIR 50s IOC member Vitaly Smirnov said he liked this kind competition. He was also awarding the both winners.