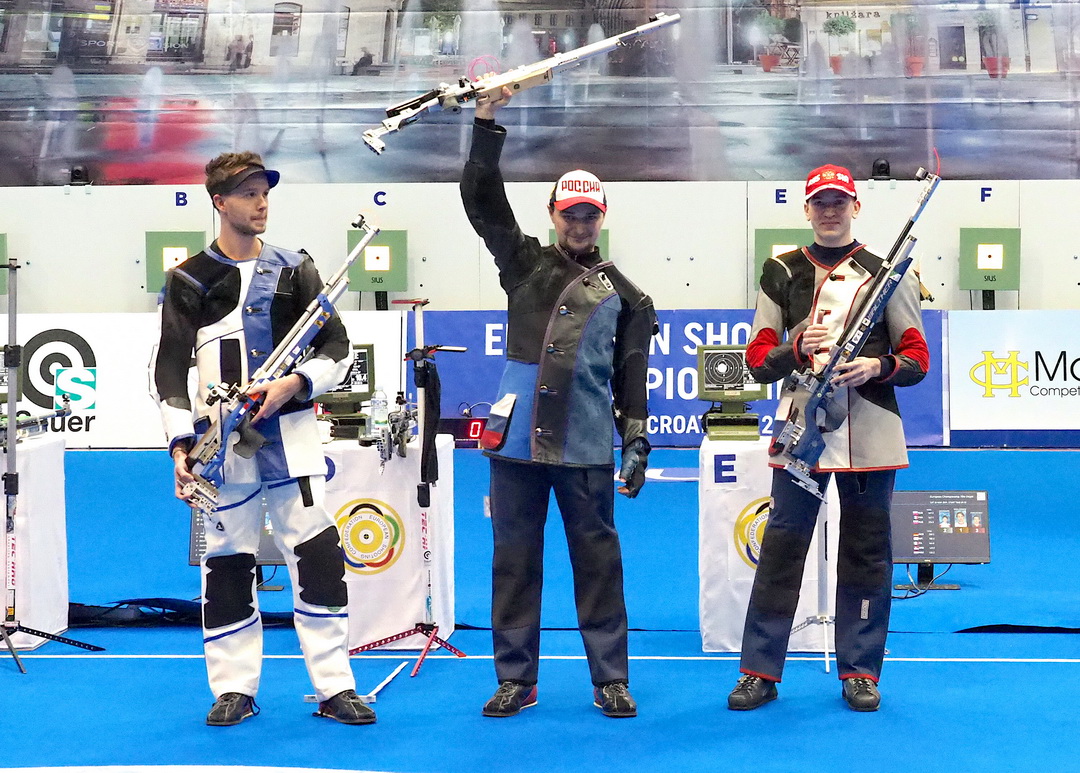 The sky was brilliant blue, a little bit chilly, but the weather warmed up quickly when sun climbed higher. Great day for the Olympic Events Finals.

Maslennikov and Richter, they shot over two points better in qualification than the other athletes who reached the final place. The six other finalists were inside 0.5 points at qualification. This is the background and position when the final starts and the stars entered to the stage. This day will be very interesting immediately from the beginning to the end.

Russian Vladimir Maslennikov won again, he renewed the last year title. His engine got the full power just when the two five shot series had been shot. In that moment he was on third position, but only 0.6 behind leading team mate Evgeny Panchenko (RUS). On the third position was French Brian Baudouin.

When Maslennikov´s engine works with full power, it really works. Maslennikov can shoot and keep his acting in such mood and balance that you can only wonder how he does it. The top place was not hazard.

But behind him “the traffic” was busier when Panchenko, Baudouin and German Dallinger competed from the other medal places. In the end French Brian Baudouin was strongest and he won his first Championship medal outside France. Maslennikov´s team mate Evegeny Panchenko who was leading in the beginning won the bronze medal.

«I was not at all sure that I can win the gold medal, even I have done it already before. Of course I´m happy and I can see that my skills are same as earlier», told Maslennikov.

We can say that Vladimir Maslennikov is one of the modest and politest athletes; when he heard that he had won, he waved his hand and bowed down to audience. So do only the modest stars!