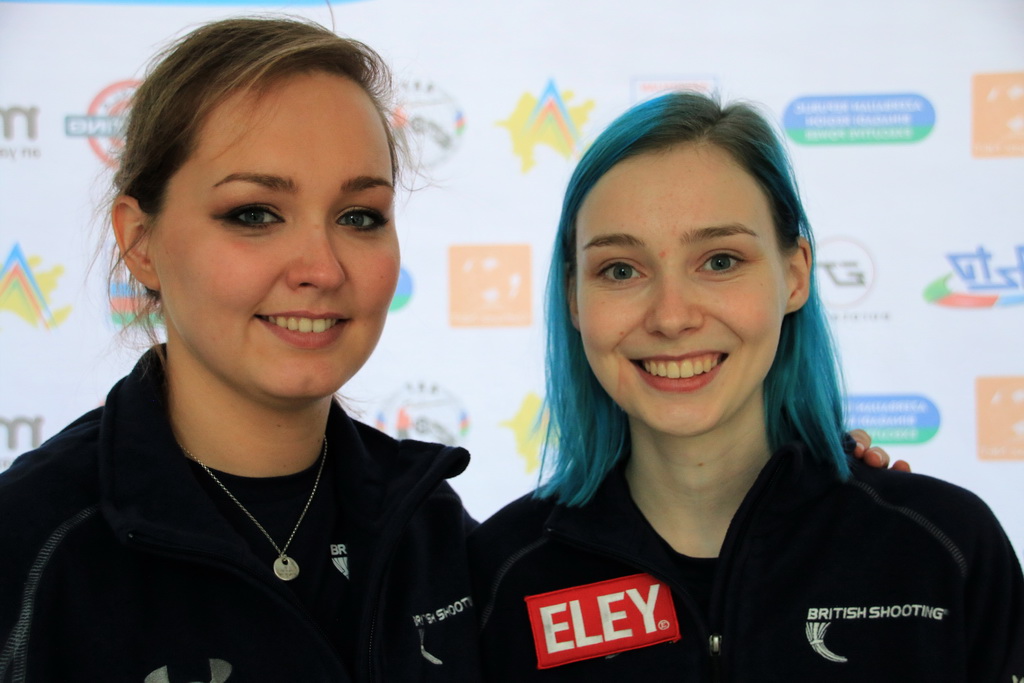 In the Qualification both McIntosh sisters shot same result 580 and they were among the 4 top athletes who shot that result. Seonaid had 24 inner tens, one more than Jennifer.

After Kneeling position Seonaid McIntosh was leading by shooting 153.6, Franziska Peer only 0.3 points behind and on the third position was Marta Zeljkovic with result 153.0. Jennifer was on the 5th position with result 150.9 after Jolyn Beer who shot 152.2.

Prone was the second position. Younger McIntosh was keeping the lead still with 1.0 difference before Peer (308.3), Zeljkovic (307.5). Jolyn Beer was 0.8 behind Zeljkovic.

When the five first shots (total number of 35 shots) of Standing position were shot, German Beer took the lead with the smallest 0.1 difference before McIntosh and Peer only 0.2 behind McInstosh. After 40 shot the situation Beer was leading 0.1 before Peer and McIntosh had her difficult par going just and she dropped on the third place 0.9 points behind. Then McIntosh started hard pursuit. Excellent hits and she climbed to the top. But still the difference was very small, then 43rd shot Peer shoot 10.4., McIntosh 10.0 and the difference is once again only 0.1 for McIntosh. Shot # 44 – Peer hits 9.8 and McIntosh 9.6. Peer leading with 0.1.

The audience starts to applause wildly. First shot flies from Peer’s rifle and hit 9.3, it last a few seconds and McIntosh has shot – 10.6 and Seonaid McIntosh wins the European Championship. What an amazing final!

“Shooting is our family business, my father is my coach, mummy is shooter also and we both are shooting. I can’t say who of us is better athlete or shooter, sometimes me, sometimes Jennifer. This is very cool when we are both champions”, explained 5 year younger sister Seonaid McIntosh who had just won her sister and other competitor.

Her father listened calmly nearby and asking his feeling it could see how emotional moment this was also for him.

“I was a shooter before but not so good, I have not any big successes but my wife belonged to the GBR National team. She is an excellent shooter and girls have got her best skills”, answered Donald McIntosh who is the father of two new European Champions.

“Wow, I’m very happy now. I didn’t expect this gold medal but of course I wanted a lot to have it once. I have one team gold from World Championships but this is my first individual European Championship”, told the rookie Anna Ilina.

The silver medal travelled with Jenny Stene (452.6) to Norway and bronze medal winner was Milica Babic (442.1) from Serbia.