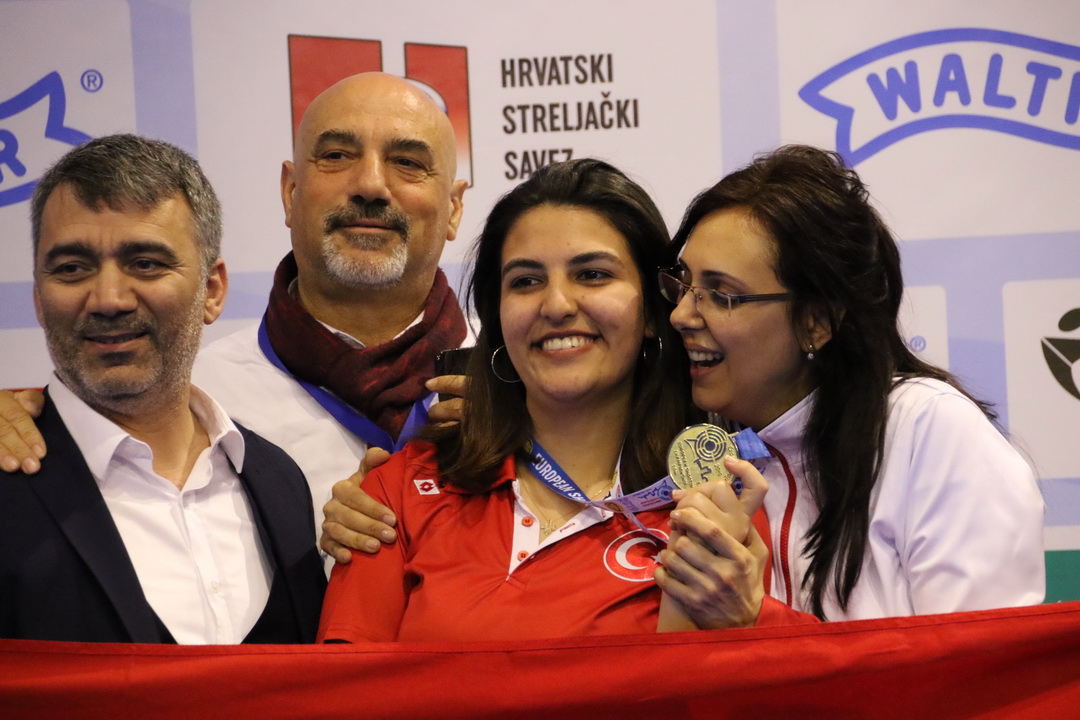 Pistol shooters look to love excitement and drama theatre. It was nearly same kind of final as the Men Junior had this afternoon that the Women Junior showed.

The star was Turkish Sevval Illayda Tarhan, who cooked such a soup you nearly never see. Young Turkish athlete was in the middle of the final even 3.1 points behind the leader and on the fourth place. Russian Koloda looked to march to the victory.

Tarhan approached slowly the top-position. When athletes had shot eighteen shots Tarhan was only 0.1 behind Koloda.

Koloda got clearly nervous, she dried her hand many times, but she stayed still on top and even grew the difference 0.2 points. After 21st shot Kolada was leading but the next shot was her destiny.

Koloda shoots only 8.6 and Tarhan is aiming and aiming. Time is running, she has to take the aiming again and shoots just before the time is over – result 10.5! People are shouting and applauding and the rest was nearly history. Tarhan shoots 9.9 and 10.3 and Koloda is beaten.

"I was ever so nervous. I heard somebody´s hard voice shouting in Turkish: ”Be quick, shoot” and I shot. I saw the result and I have to smile. My heart was pumping, hand shaking", explained still excited Champion.

"This is great for me but also fantastic for the whole Turkish Shooting sport. I can´t tell more, I´m shocked", described Tarhan her feelings.

A real Turkish party was ready to start. Fans rushed to congratulate with tears of happiness on their cheek, they danced and hugged each other. And their heroine was Sevval Ilayda Tarhan somewhere in the middle of fans. The gold medal result 237.1 is a new European Record Juniors.

Russian ladies were crowned as European Champions in Running Target Mixed Team competition. The team consisted of Olga Stepanova, Julia Eydenzon and Irina Izmalkova. Ukraine was on silver podium and Armenia on the bronze podium.