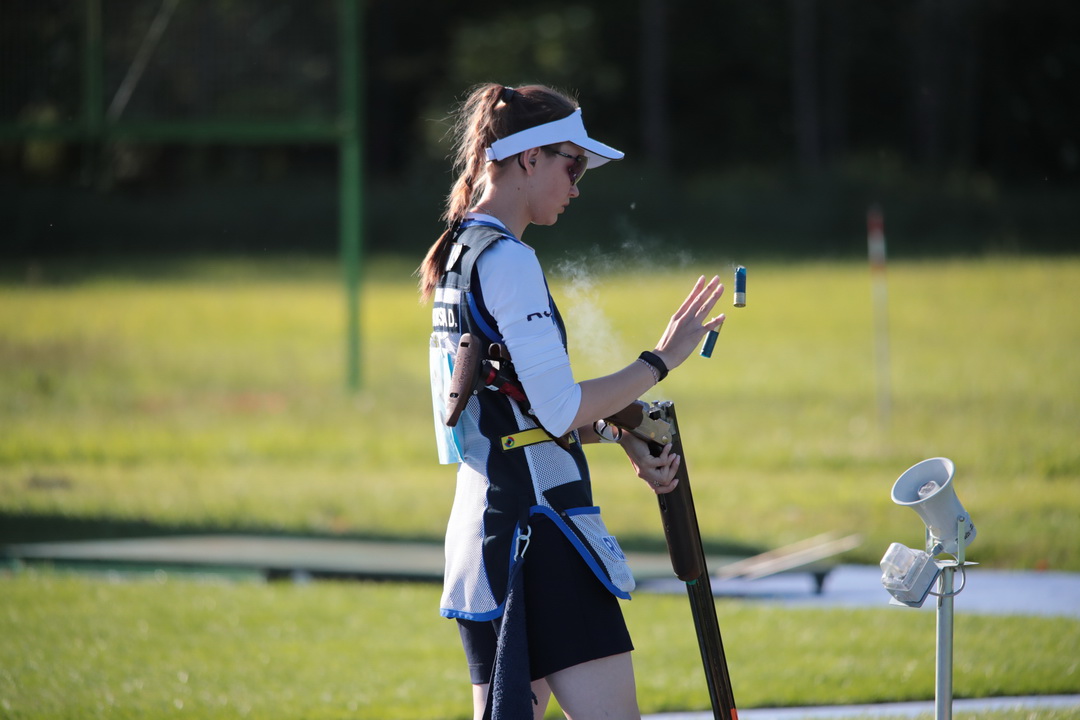 Shotgun section started their Finals with the Final of Skeet Women and Men Juniors.

Kutznetzova tried hard to pass Bongini, but then in the half of the match she made couple misses which cost her the victory. Bognini could finally keep her shooting well and won Gold (result 47). The difference between Silver medalist Arina Kuznetsova was finally two clays. Anna Lekomtseva passed also Zhadnova and came third. Zhadnova’s destiny was to 4th.

Italian Christian Chilli crowned the day with European Championship. The victory was not an easy job, while he won Kleanthis Varnavides only with one clay. Chilli managed to break 53 clays. Varnavides was on the top place after first day. Now his result was to receive the Silver medal. Yesterday he was leading with one clay and today he lost gold with one clay.

Women and Men had the first day on Wednesday. After 75 clays Frenc Eric Delaunau is leading. He was the only one who could brake all 75 clays. Alexander Zemlin is behind Delaunau with result 74. Same result shot also German Sven Korte and Gerorgios Achilleos (CYP). Eetu Kallioinen (FIN) and Ben Llewellin (GBR) are the next on the ranking list after first day. Both broke 73 clays. 73 clays broke Vincent Haaga (GER), Tammaro Cassandro and Gabriele Rossetti.