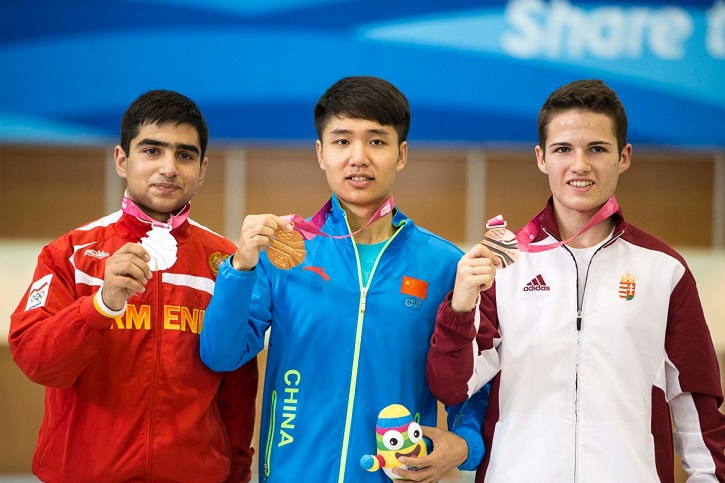 Competitions in 10m Air Rifle Men were in the program of the forth and last day of individual Shooting events at the 2nd Youth Olympic Games that are taking place in Nanjing, China. Hrachik Babayan from Armenia won the well-deserved silver medal and Istvan Peni from Hungary finished with the third result gaining the bronze medal. Their success increased the number of medals won by the young European athletes in individual shooting events to eight: 3 gold, 2 silver and 3 bronze.

There were more European shooters competing in the Final of the 10m Air Rifle Men event. Andrija Milovanovic from Serbia finished on the fifth place, Marco Suppini from Italy - on the sixth.

The winner of the competitions and the YOC Champion in 10m Air Rifle Men became Haoran Yang from China.

During the next two days of the Shooting competitions the participants will dispute medals in Mixed International Team events in 10m Air Pistol and 10m Air Rifle.