Simon Claussen climbed up to the highest podium again 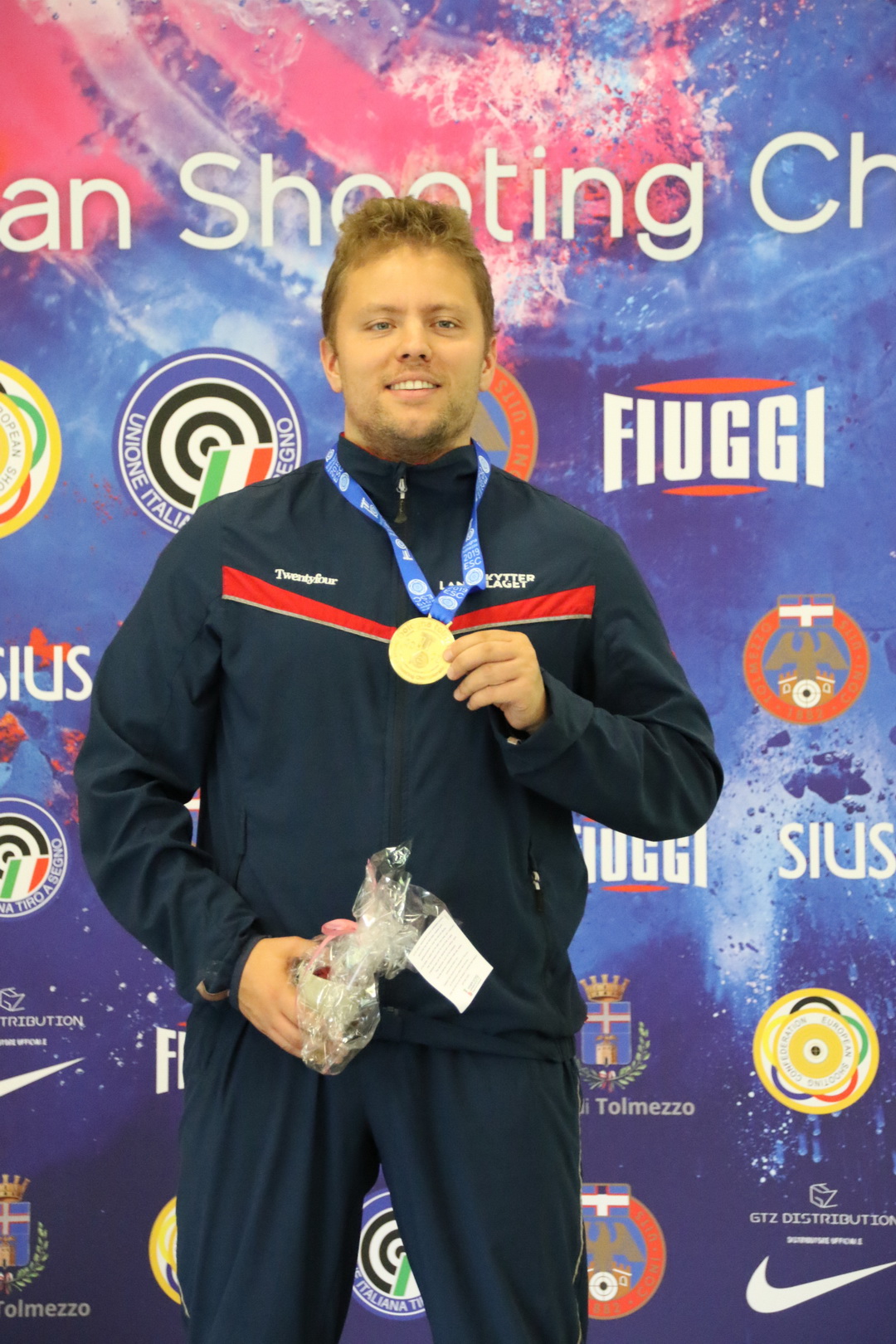 When yesterday the athletes showed their top level, it continued also today. In the competition even four had the same result (599)when the competition was over. Then it was needed to look the inner tens and Norwegian Simon Claussen had them most – 47 inner tens!!! When he had shot 50 shots, he had already 43 inner tens. During the last series he made four more. The audience was waiting that he will do a perfect full scores, but the last shot unfortunately was only 9.9.

"The pulse was so high that it disturbed me a little bit and that's why I couldn't make the last ten", chuckled Claussen.

The silver medalist French Remi Moreno Flores managed to do 41 inner tens and the bronze medallist Swiss Jan Lochbihler 33. It was two more than Carsten Brandt (DEN) had.

Seonaid McIntosh suprised even herself

In the 300m Rifle Women Prone we saw a little surprise when 23 years young student Seonaid McIntosh from Great Britain shot the equaled the World and European record 599. Of course Seonaid is wellknown in the 50m events but this was her second performance in European level in 300m Rifle shooting. The first event was yesterday. The British National Coach Donald McIntosh who is Seonaid's father told that Seonaid's best skill are calmness and shooting under the pressure.

"This is so crazy, I'm so young in 300m shooting, once in the national championship at Bisley and first time yesterday. Today was my second performance ever on European level. My elbow is hurting, cheek too a little bit. I'm not suited yet for 300m", chuckled McIntosh.

She is travelling next home, training for the World Cup final and then concentraiting to the next season.

German Eva Roesken climbed up to the silver podium after shooted 598. Bronze medal will travel to Sweden with Linda Olofsson (596).