Skeet women are not made of sugar 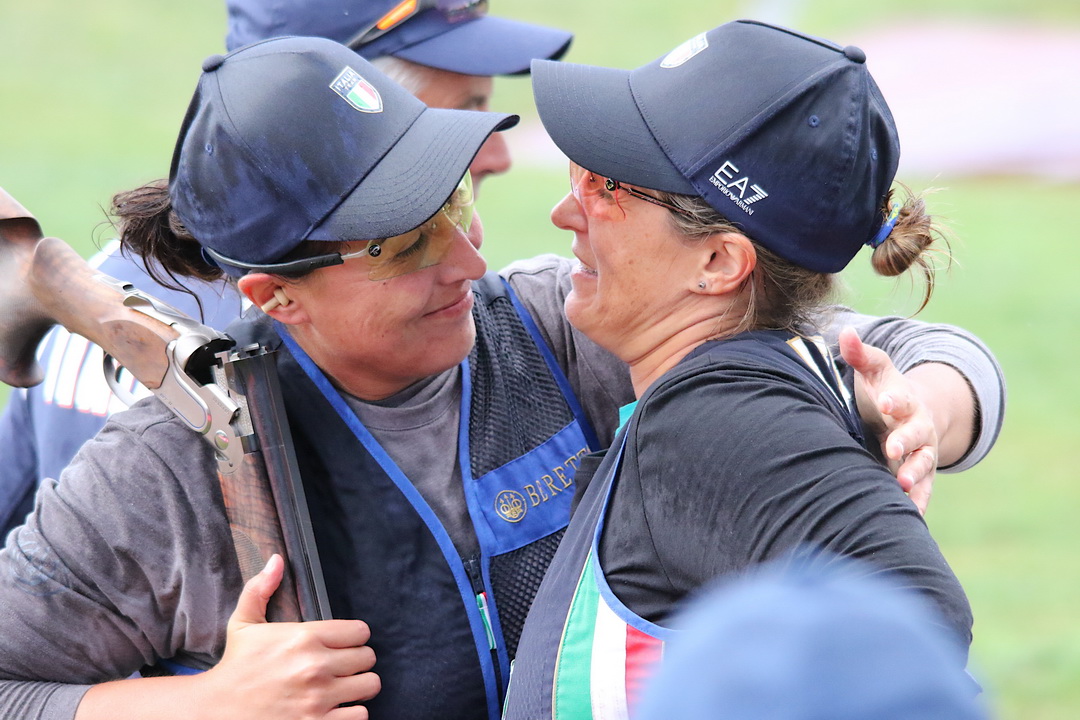 The Mother Earth surprised the Skeet shooter today twice; during the qualification and also during the Women’s final. The sky opened and rained like cats and dogs with a rough blowing wind.

During the final the rain started slowly and nice. After few moments it looked that it will stop. The sun entered behind the clouds but then suddenly the sky opened again and the rain arose quickly even much stronger than few minutes ago. The Technical Delegate had already been to make a pause during the first rain showers, but the women only continued. And what did they do during the wild storm. Nothing else but continued the competition. Audience, photographers disappeared here and there finding protection or roof somewhere over them, but women shot all the time and made excellent hit under the extreme conditions. Big applause for them! These Skeet Women are not made of sugar!

The final was absolutely very tight and the leading place changed during the competition between Italian Chiara Caneiro, Diana Bacosi, Lucie Anastassiou (FRA) and Albina Shakirova (RUS). The two other finalists Panagiota Andreou (CYP) and Finnish Marjut Heinonen couldn’t attack enough strongly. Heinonen was finally sixth(14) and Anderou fifth (22). Russian Albina Shakirova fought but then in the critical moment she made a miss and that was enough. She was the next dropped out. Her result was 33.

There were now only the medalists on the range and it rained. When 48 clays where shot Italian Caineiro missed twice and she won bronze medal. The match of gold was duel of Lucie Anastassiou and Diana Bacosi. In the middle of hard rain these two heroines continued. It looked that Anastassiou will win the gold but then she made two misses and finally when 60 clays were done, the game was tie. They needed a shoot-off to solve the gold.

The Bacosi’s strong flow continued and she won the the shoot 4-3. Anastassiou won the quota for Tokyo while Bacosi had it already.

Great sport under the extreme conditions!

The announcer Will Grill mentioned before the Men’s Skeet final that women usually bring the sun to our life, but now it look literally that men will bring the sun, while the rain disappeared just before Men’s final.

Sweden Stefan Nilsson shot nice calm during the whole final. It could be seen how much he enjoyed his shooting and this competition. It looked like he was a little bit smiling after breaking clays. Of course it was not an easy victory but a strong one while he has to struggle in the end against Italian Gabriele Rossetti and Czech Tomas Nydrle who the qualification.

French Eric Delaunay (6th -16), British Ben Llewellin (5th-26) and Danish Emil Kjelgaard Petersen were those who were dropped out from the medal fight.

The final finished with the victory of Stefan Nilsson who didn’t made any misses after 24th clay. His victory result was 57. Czech Tomas won finally silver with one clay less (56) Nilsson. Italian Gabriele Rossetti was third with result of 46.