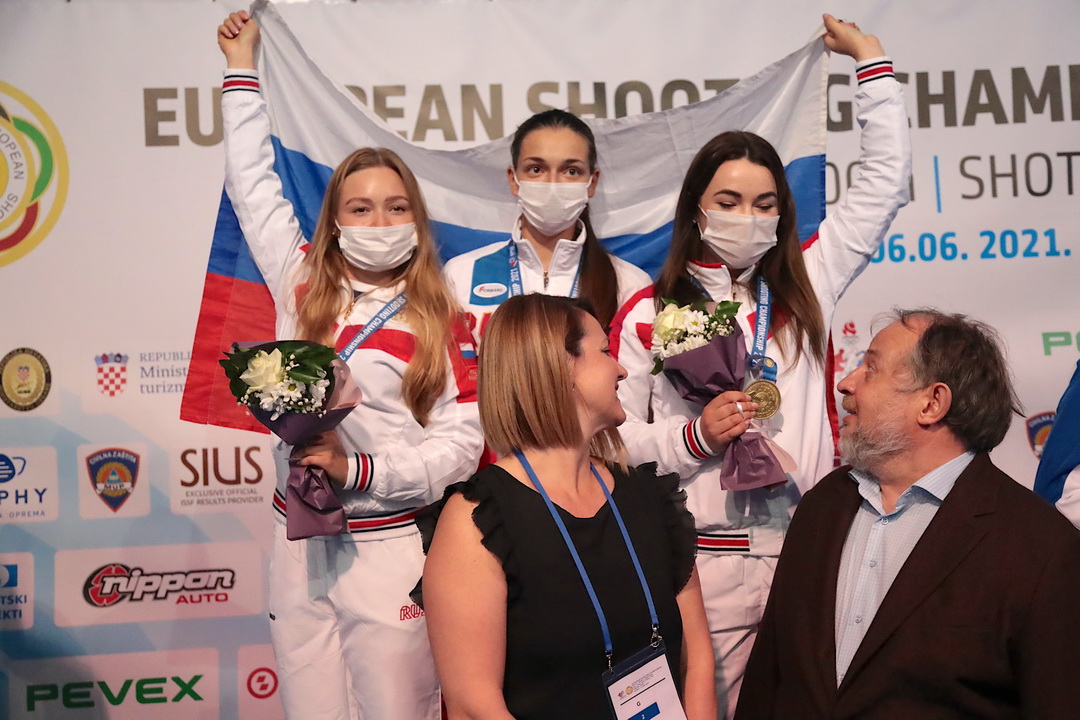 If the Italians celebrated on Thursday the Championships, today (Friday) unfortunately it wasn’t their day in Trap Team.

Italy had teams in both Gold Matches, but no victories. In Trap Women Italy met Russian team. Russian team hit the targets in right and important places and in that way ruined Italians. The difference is not big when speaking top level athletes. But something didn’t match so well as yesterday. The set points were clear 6-0!

In Trap Team Men Italy met Slovakia in the Gold Match. Slovakian team didn’t give any chance for the Italians so well the Slovakian athletes hit the targets. Italy won the second “set” but after that Slovakian team marched to the victory. The Slovakian team consisted of Erik Varga, Marian Kovacocy and Adrian Drobny. The victory numbers were 6-2 for Slovakia.