Slovakian team was not the favourite, but they won The European Championship in Skeet Women Team Competition 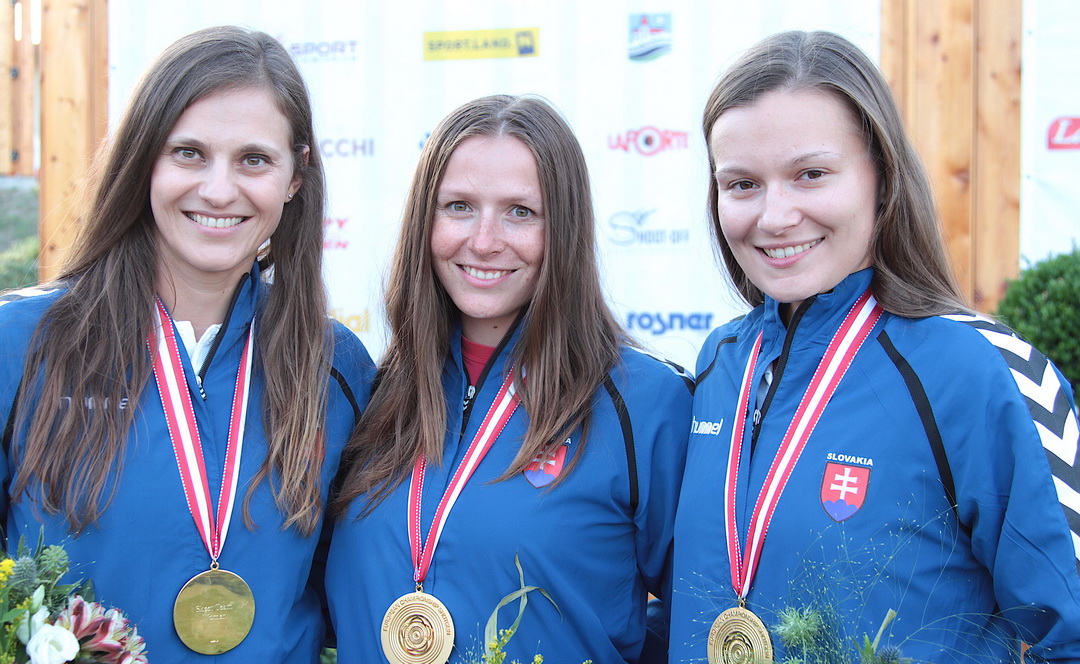 The best of the Skeet Women team qualification was Italy, but the same result reached also Germany, their result 347 was also Qualification European record. Third was Cyprus (342) and fourth Slovakia (337), fifth Czech Republic (329) and sixth Poland (324). While in this competition there were only six teams, the Italian and Germany teams went directly to semi-finals while there was not team (8th and 7th ) to whom they could compete. The other teams have to compete in quarterfinals.

In the quarterfinals of the Skeet Women Slovakian team was nearly superior by winning Czech team clearly with result 50-42. From the second quarter Cyprus solved her way to semi-finals by the better result of qualification. The Quarterfinal finished equal 46-46.

In the semi-finals Slovakia continued their strong performance and they surprised the spectators by winning Italy with result 54-51. Slovakia will meet in the gold match Germany who beat in their semi-final Cyprus with result 42-40.

In the Bronze Match Italy was superior against Cyprus. Italy had read their homework and returned to the level which can bring victories. Italy did not give any chance to Cyprus and won their match with result 57-41.

In the Gold Match met two teams who had made an impressive performance in semi-finals: Slovakia and Germany. It was seen in both teams that it was the question of glorious European Championship. Both were excited and it could be seen after shots when athlete emptied the shotguns and threw the empty cartridges away. Slovakia finally was better and earned the victory with result 47-45. The Slovakian team consisted of Danka Bartekova, Lucia Kocanova and Veronika Sykorova.

“We were not the favourite in the competition but my team mates shot well and I managed also quite well”, answered Danka Bartekova in the TV interview after the Awarding Ceremony.

In semi-finals met Russian Federation and Italy. Italy did not give any chance to Russian team and won clearly with result 59-50 and they will meet in the Gold Match Czech Republic whose performance was strong against Germany. The victory of Czech team was superior 53-44.

The gold match was also excellent shooting sport. Czech Team made an absolutely fantastic shooting by surprising strong Italy. Italy was all time a little bit behind and even Riccardo Filippeli tried to encourage his team mate and push more power, it did not help. Czech Republic took the victory after an excellent performance with result 56-54. The European Championship team Czech Republic consisted of Tomas Nydrle, Milos Slavicek and Jakub Tomecek.

Tomorrow Sunday is the last competition day and it will be full of excitement when Mixed Teams are competing.