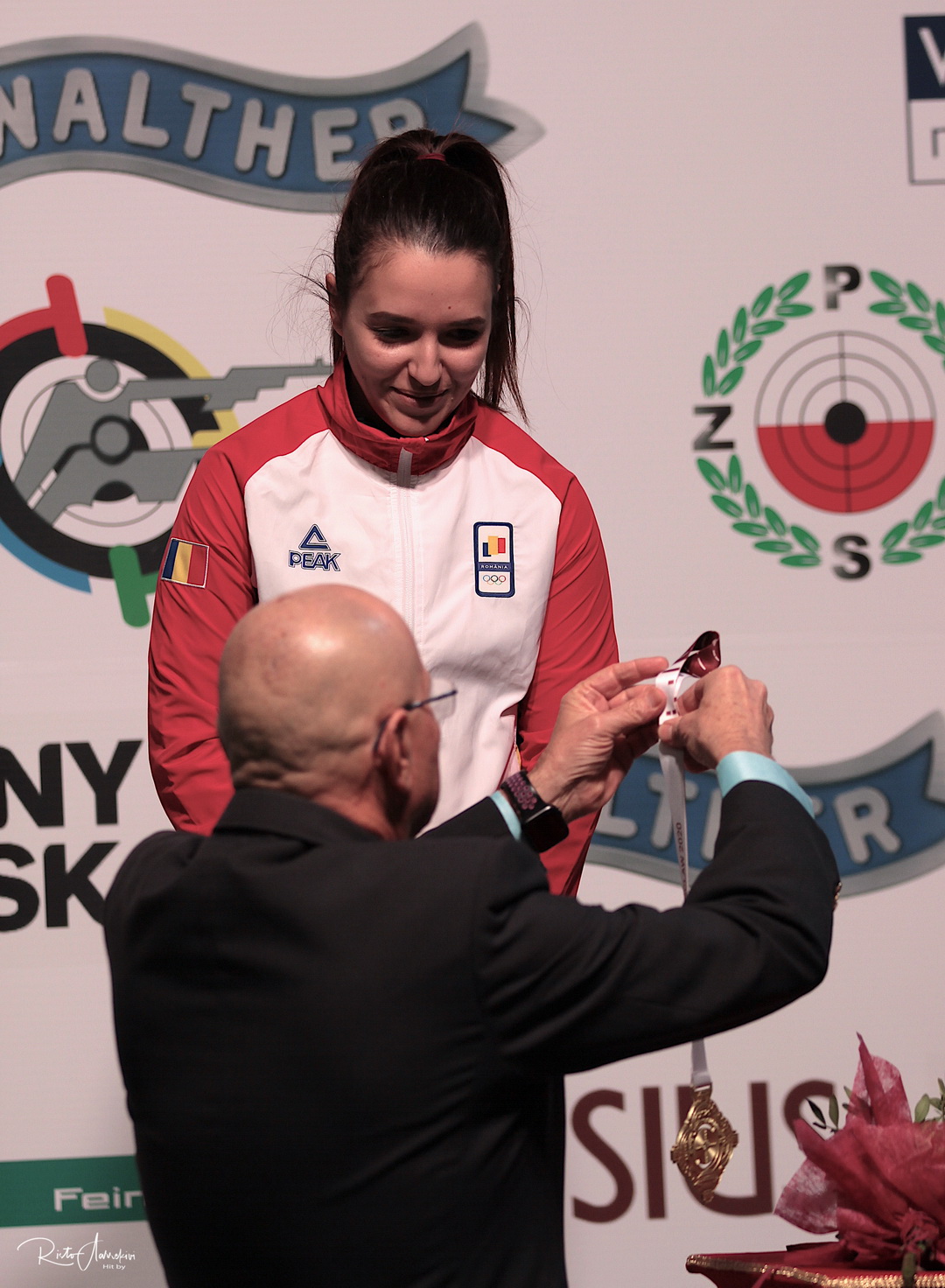 Romanian was the first athlete who could renew her title in this championship when we consider the Osijeck 2019 Championship. She had a tight match with Russian Anastasia Galashina and Serbian Andrea Arsovic. These two athletes were in the end nearly all the time breathing behind her the difference was only between 0.1-1.0. Coman could climb up to the lead after 10 first shots and kept it into the end. Before the two last shots Coman’s lead biggest 1.0 against Galashina who just passed Arsovic.