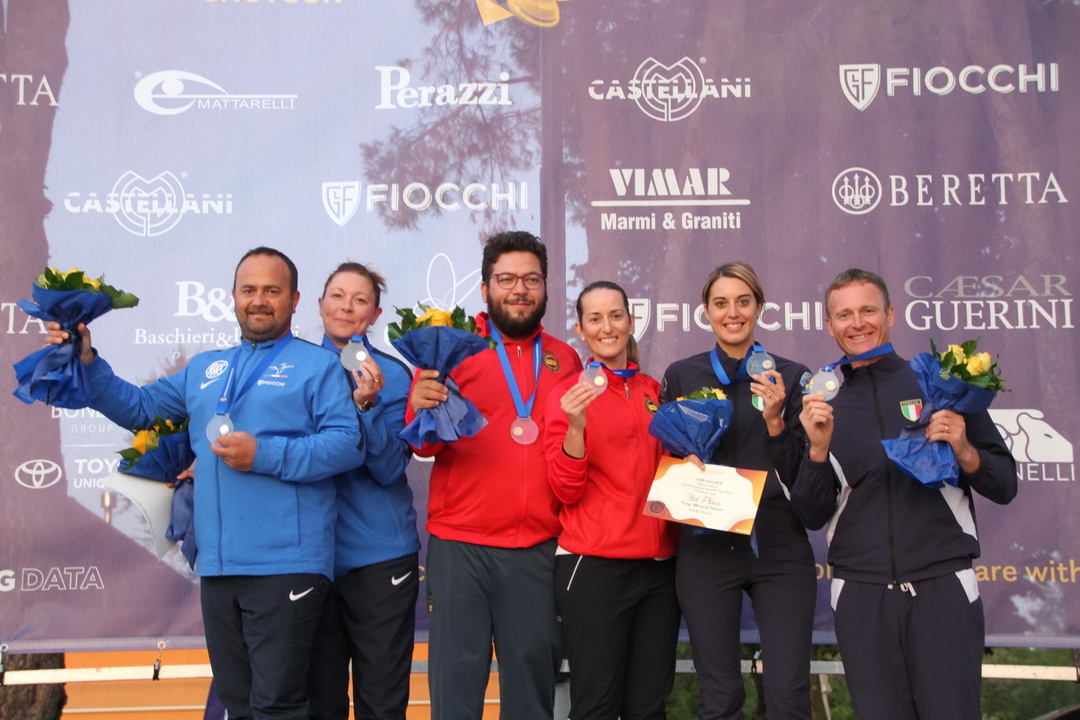 It was a competition day number 5 in the European Championship Shotgun at the “Trap Concaverde” Shooting Range in Lonato. Today’s weather report is very short: sunshine and no rain. This made the international shooting family smile again!

And what a day it was again! There were three teams in a shoot off of Trap Mixed Team, and only one place left in the Medal Matches. It was Italy 2 who qualified for the Bronze Medal Match after beating Finland 1 and Slovenia in SO.

In the Medal Matches each athlete shot 25 targets, 50 targets each team.

Spain 1 took the European Championship after hitting 49 targets in the gold medal match. France 1 result was 48, and they got the silver medal. Fatima Galvez and Alberto Hernandez was in a 20-19 lead after 20 targets. After 40 targets the lead was still two points. Carole Cormenier and Antonin Desert of the France 1 team lost finally by one point.

The Bronze Match was exciting: Italy 2 (Gaia Ragazzini – Edoardo Antonioli) and Spain 2 (Mar Molne Magrina – Adria Martinez Torrez) were even after 50 targets (42-42). Then it was a time for a shoot off. Italy got their fourth medal of the day, when they won the SO 3-2.

The ECH in Lonato continues on Tuesday with the competition of Double Trap (M-W-MJ-WJ).