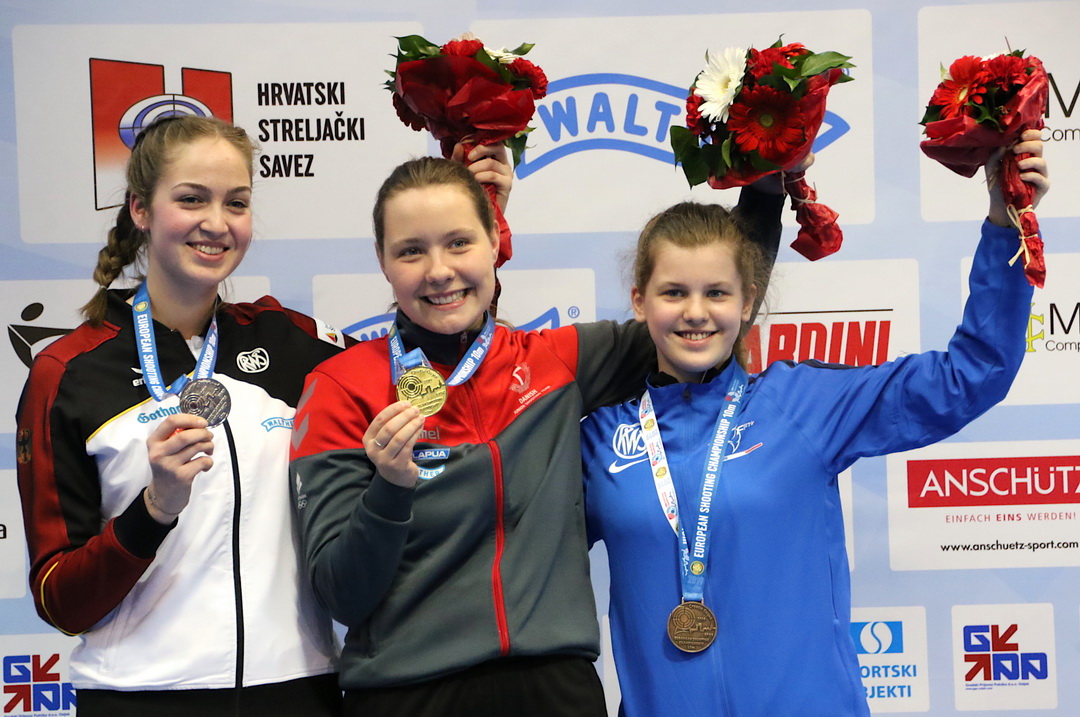 Monday was the golden day for Dannish Stepanie Laura Scurrah Grundsoee! After hyper exciting final she was crownded as the European Champion in Air Rifle Women Junior competition. Spectators needed to wait until the last shot before the victory was clear.

It looked nearly all the time the German Anna Janssen will take the gold medal, but like in all sport the winner is the best only when the match is over. Grundsoee proved this old wording true once again. Janssen was leading until the two last shots with 1.0. Then the second last shot: Grundsoee hits 10.4 when Janssen only 10.0, the difference is now only 0.6 points. Last shot: Grundsoee 10.3 and Janssen – only 9.5.

The final ends into the tears of happiness for Grundoee with result of 248.0, Janssen gets 247.8. Oceanne Marianne Muller from France wins bronze with result 227.2.

The Final was amaizing, I was really nervous while here were so many excellent athletes. I managed to keep myself calm until the end and last shot and I won! Even I was nearly all the time as a challenger it was absolutely not easy for. The final was ever so stuff, explained the European Champion tears on her cheek.

The Running Target event will continue with Mixed Runs.