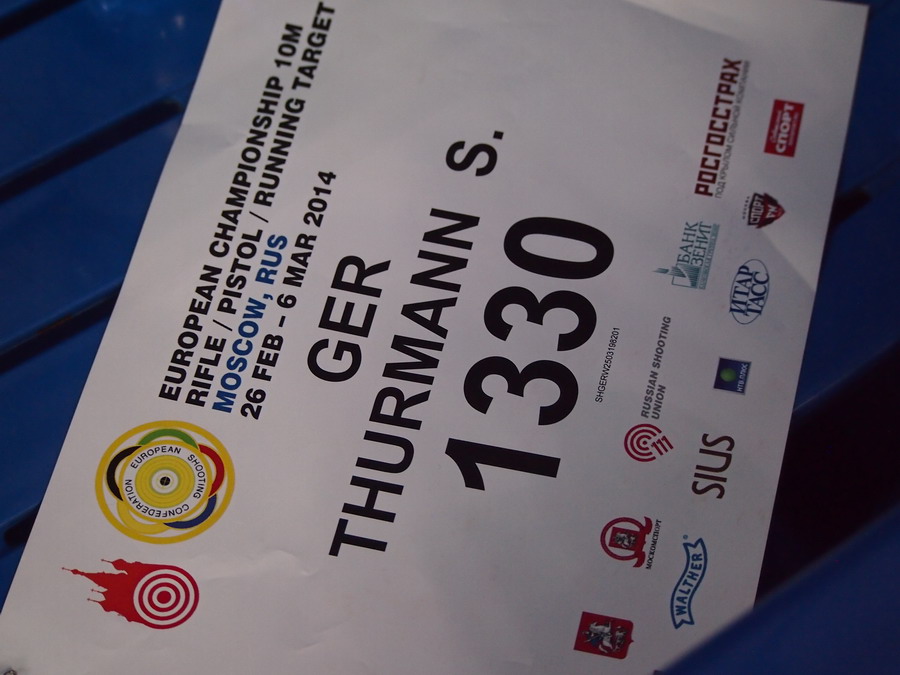 The Mother of her 10-month old Thure son Stepanie Thurmann was crowned as European Champion in Moscow ECH.

Thurmann was on the top of the first two shots period of the final. Then her concentration disappeared a little bit, not to say that there were bad shots, but they did not reach to keep the leading position.

Chaika was leading before the three last “shot sets”, Karsch was second, and Thurmann was third.

Two shots more, Chaika’s 8,0 dropped her to the third position. Karsch took the lead with 1,1 points against Thurmann. During the next two shot Chaika dropped out from gold match and the hits of 9,2 and 9,6 could not help him. The gold was fight of two German Monika Karsch and Stephanie Thurmann.

Thurmann who was nervous during the whole competition, collected herself at the right moment.

The concentration of Karsch disappeared for a moment, and her shots were 7,5 and 8,9: it cost her gold medal when Stefanie Thurmann shot 10,1 and 10,0.

“I was all time very nervous and I watched the results very seldom. Suddenly I recognized that I’m among the three. Then I decided only do my best. I have focused to receive to the finals, what will happen there will be all bonus. Today it was super bonus. I have at home 10-month old Thure and my husband. I got all support from them and without that great support of my husband this would not be possible”, described Stefanie her feelings with falling tears of Joy on her face.

Thurmann´s winning result was 196,8 and her team mate Karsch won silver with result of 194,9.

Russian women won the 10m Air Pistol team championships only with one point difference to Germany.

The winning result of Russian Federation was 1145. The Team of Russian Federation consisted of Liubov Yaskevich (384), Margarita Semenova (381) and Ekaterina Korshunova (380). Germany was the silver medallist and bronze medal winner was France. We can say so that someone’s failure is someone’s luck. Now this failure happened to repeated German medallist Munkhbayar Dorjsuren who shot lower result as normal (374). So this meant gold for Russian Federation. But this is sport and these belong to sports.