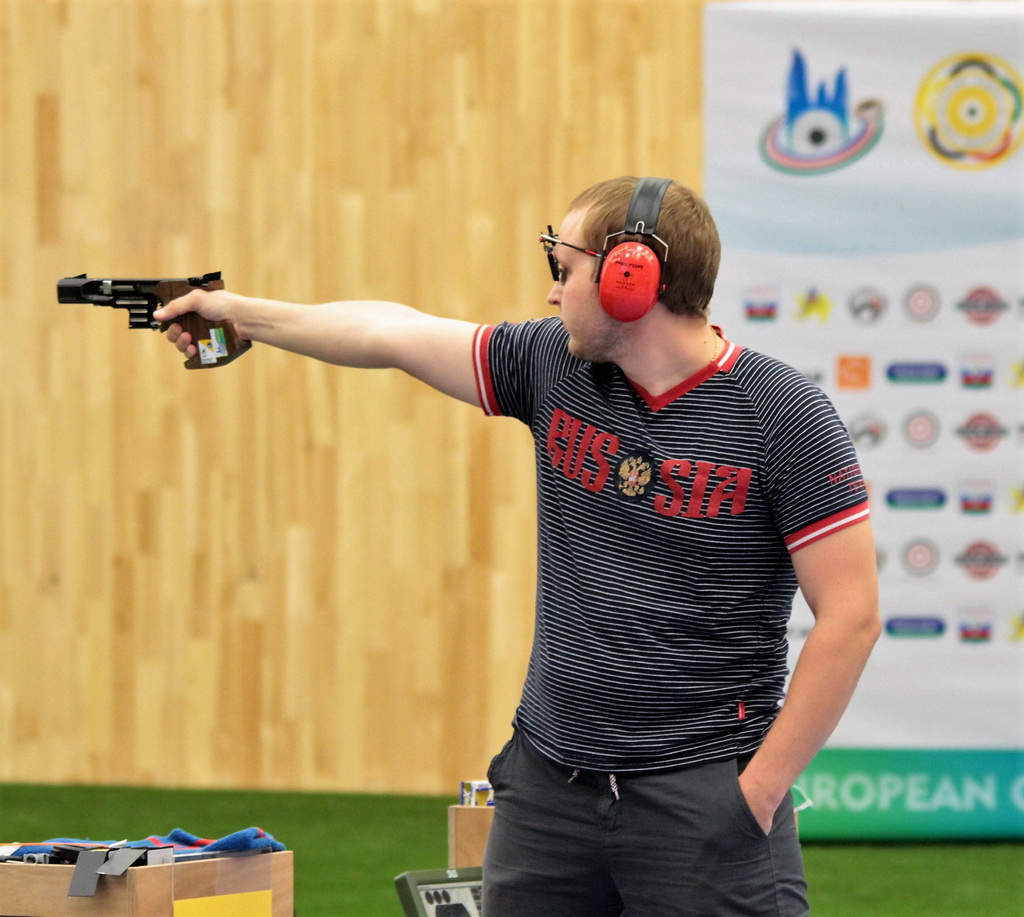 The 25m Rapid Fire Pistol Men was duel of two excellent pistol shooter: Russian Nikita Sukhanov and Estonian Peeter Olesk. In the final these two stepped nearly with the same hits. If the other managed to make 5 hits, so did the other. If other missed one more than the other, in next serie he corrected it immediately. Finally Sukhanov was sharper (5 hits) and took the win. When asking his shooting he only said that he was lucky and succeeded a little better than Olesk (2 hits). Sukhanov won Olesk at the final 33-30.

Peeter Olesk was also very satisfied of his first men European medal: “It went better than I had expected. In my mind I thought that I can be 5th or 6th. I’m very surprised and this is like dream. Of course I have wished to be on the podium, but it happened quite quickly”.

In team competition the sharpest team was Ukraine with result of 1706. The team consisted of Maksym Horodynets (574), Pavlo Krepostniak (573) and Denys Vorona 559. Silver travelled to Germany with result of 1703 and Bronze to Russian Federation (1692).