Superior victories and tight duels in the Team competions today 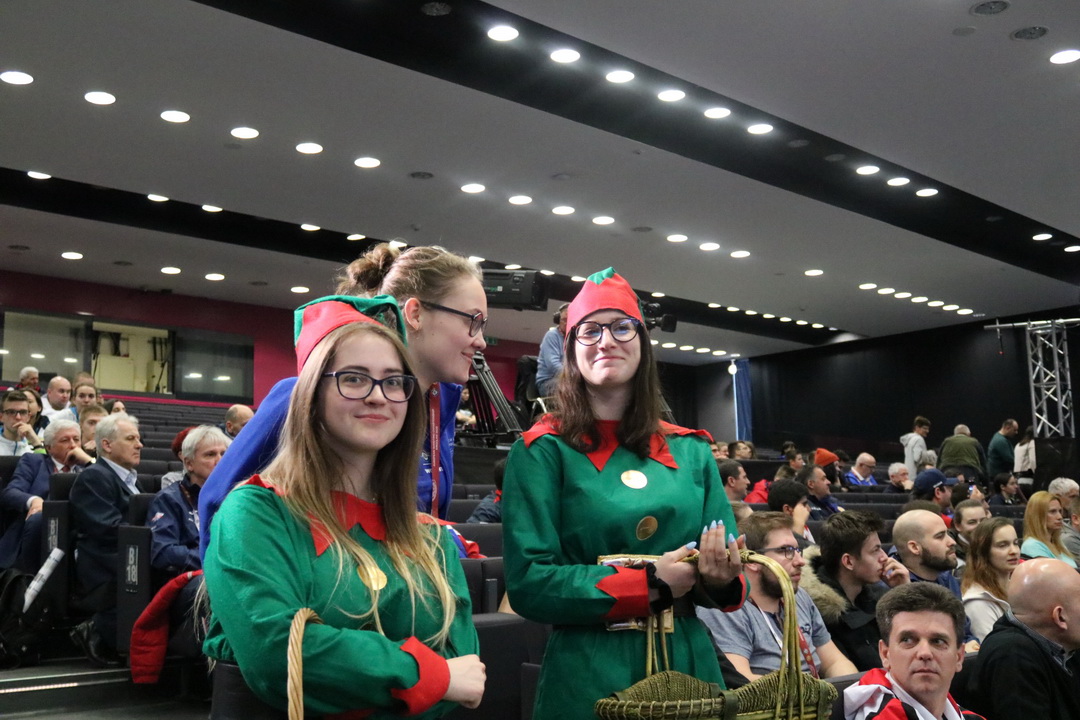 Thursday was the team competiton day in Wroclaw when junior women and junior men competed in 10m Air Pistol and Air Rifle.

In Running Target section it was the turn of Mixed Women and Men competitions.

Russian Federation was superior in 10m Air Pistol Team Women Junior. The Russian team rulled the whole day from the Qualification 2 into the end of Gold Match. The Russian team consisted of Ansastasiia Shadakh, Daria Sirotka and Nadezhda Koloda. Russian team won the Qualification 2 with result 571 and took the place to the Gold Match. Second was Italy (564) and they also reached the place to Gold Match. Germany and France were the lucky teams and they competed themselves to the Bronze Match. Both teams made the same result 556 and also the same number of inner tens (10).

In the Gold Match Russian team was superior and they won Italy with clear 16-2 result. Perhaps the hunger of gold medal was not any more so strong with Italians.

In the bronze match two very talent and egual team made a very good drama into the end of the Match. Germany was finally stronger and won France after a tight match with result 16-14.

Russian Team was best also in Air Pistol Team Men Junior, but the victory was not at all easy. Russian Team (Kirill Mikhailiut, Aleksandr Kondrashin, Egor Vyskrebtsev) and Slovakian Team (Lukas Filip, Marek Copak, Jergus Vengrini) shot equal results (569) and also the same number of inner tens (16). So the Gold Match would be very exciting and so it really was. Russian team turned the match for victory finally during last shots. Russian team 16 and gold medal, Slovakia 14 and silver medal.

In Bronze Match Italian team did not give any change for the hosting country Poland even the made equal result in Qualification 2 (567). Italy won Poland clearly 16-8.

Russian team (Anastasia Dereviagina, Tatiana Kharkova, Alina Khizbullina)did what was expected after Qualification 2 victory (627.1). Second in qualification was Germany with result 621.7 and both continued to Gold Match. Ukraine and Poland were the following team and they reached place into the Bronze Medal Match.

Ukraine and Poland had only 0.5 point difference in Qualification. So in the Bronze Match met two equal level teams and so was the Match itself. First Poland took the lead but slowly Ukraine climbed up again and then the Match was finally again tie 15-15. The Match was not yet clear. It had to wait until the last shots. Ukrainian Sidorenko hit 10.4 , Skoryna 10.5 but Rymska only 9.8. And what did Poland: Piotrowska 10.8, Grzybowska 10.6 and Szutko after long aiming 10.2. Poland won Bronze 17-15.

The Gold Match was thriumph of Russian team. The result 17-5 is superior but during the match the points came with quite small difference and it made the German team unsure and nervous. Small diffences ”will eat” the athletes when you have made a good result, but others make better.

Germany got their first points until after seventh shots and this described their difficult situation.

The following points did not climbed them up when Russian Team started their final run. Russian Team was crowned as European Champion with score 17-5.

If Russian Women Juniors were superior, we can say the same from the Hungarian team. The Hungarian Team ( Zalan Perlek, Ferenc Toeroek, Soma Hammerl) rulled their competion. They were best in Qualification (625.6) and also in the Gold Match against France (622.7), Hungary won the Gold Match clearly 17-3!

In the Bronze Match Italy collected the Bronze Medals by winning Russian Federation 16-10.

Jesper Nyberg hit best in Running Target Mixed Men Competition. His victory result was 393 (199+194). He won the Russian Vladislav Shchepotkin with the difference of five points. Bronze medal winner was Mikhail Azarenko who won Czech Bedrich Jonas after the shoot off when both made equal result 386.

The best in women´s competition was Galina Avramenko who beat her team mate Viktorya Rybokova with the difference of thirteen points with result 386. Russian Olga Stepanova shot Bronze with result 372.

Russian team climbed up to the highest podium in Mixed Women. The Russian Team consisted of Olga Stepanova, Irina Izmalkova and Julia Eydenzon. The Gold result was 1093. Silver travelled to Ukraine (1085) and bronze to Armenia (1080)