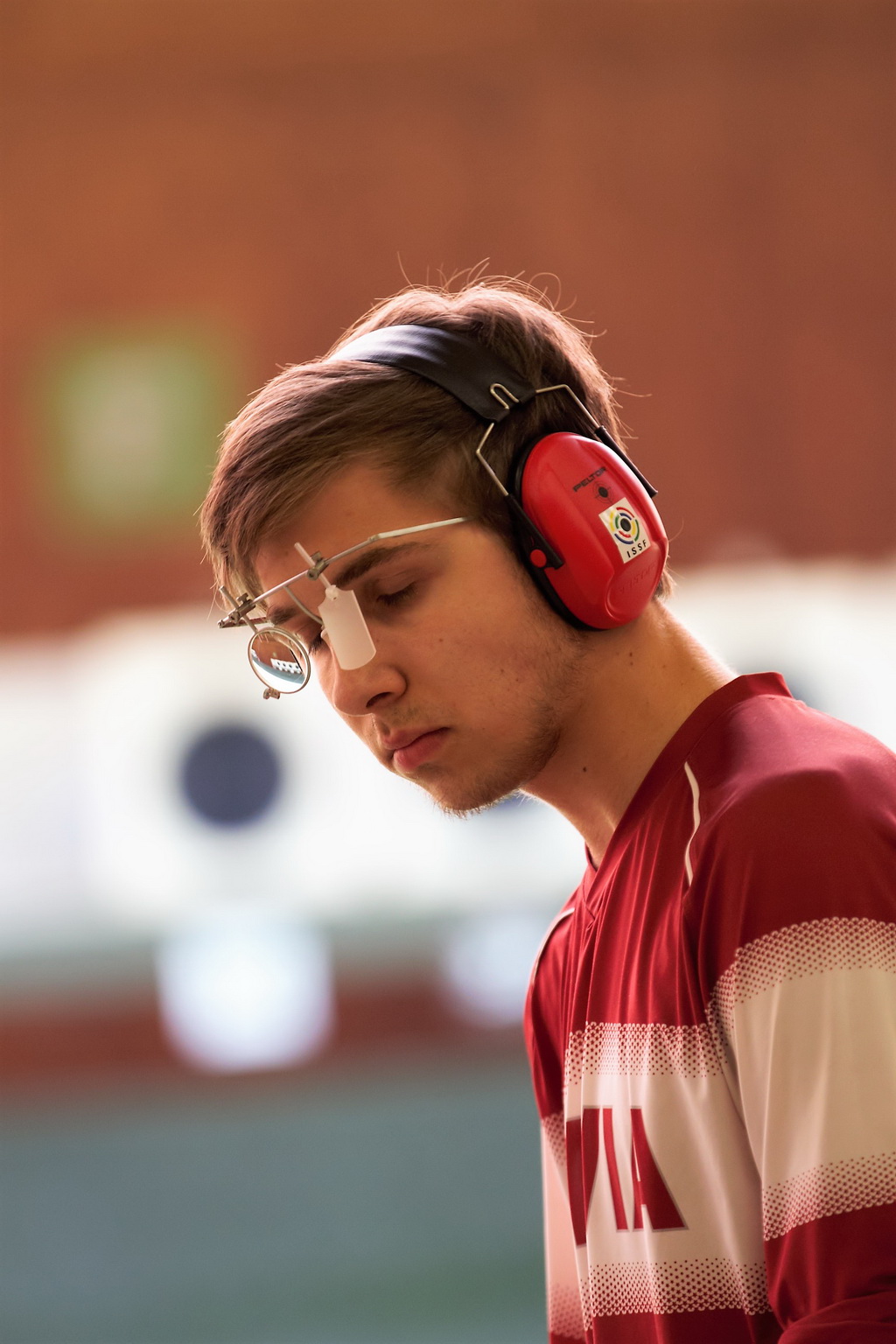 “This was very hard and exciting competition for me. I was ever so excited; hearth was nearly jump out from my body. A lot of pressure. When the competition was over and I recognized that I won the European Championship I couldn’t stop my tears falling down. That moment was so full of emotion so much”, described the new European Champion Ernests Erbs.

Ernests Erbs winning was superior while he won the gold with result of 583, with the difference of eight points before French Edouard Dortomb (575). The bronze medal winner was Daniil Shikhov(574) from Russian Federation.

“It was so emotional moment ever even I wanted this so much but I could believe or prepare for this. This is my first bigger success”, explained Ernests. “I’m training six days a week about two hours a day. Then I have to study but it goes quite fluently. I don’t know yet exact my future plans but I have to develop still my shooting. Let’s see what will happen…”

When listening Ernests talking and habitus I’m sure we will hear from soon more. The is an anecdote: The strongest and greatest man can cry. It means that when you are strong and brave enough to show and tell about your feelings you can go through the mountain even.