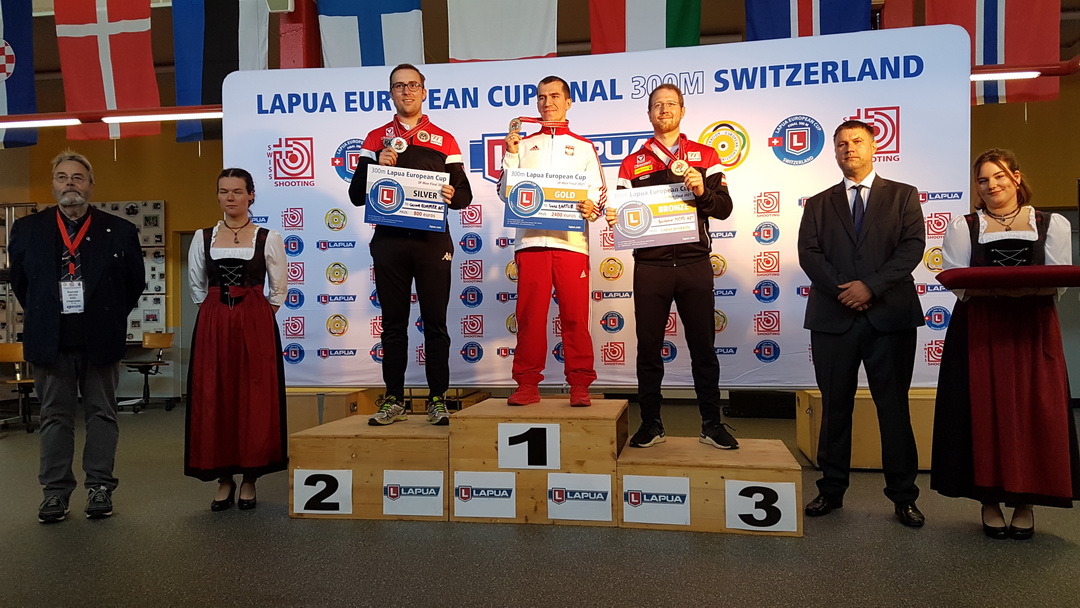 Finals stared yesterday with the Standard Rifle. Today, on Saturday, it was the turn of 300m Rifle 3 Position Men and Women competitions.

Swedish Elin Åhlin who was the best woman in yesterday’s Standard Rifle (12.) returned her top level and made a superior victory with result 1178 (396+395+387). Åhlin won Gold with the difference of six points. Polish Karolina Kowalczyk took Silver with result 1172 and Bronze medal winner was Norwegian Jenny Tovseth Vatne with result 1165.

Finals will continue with the prone competitions.