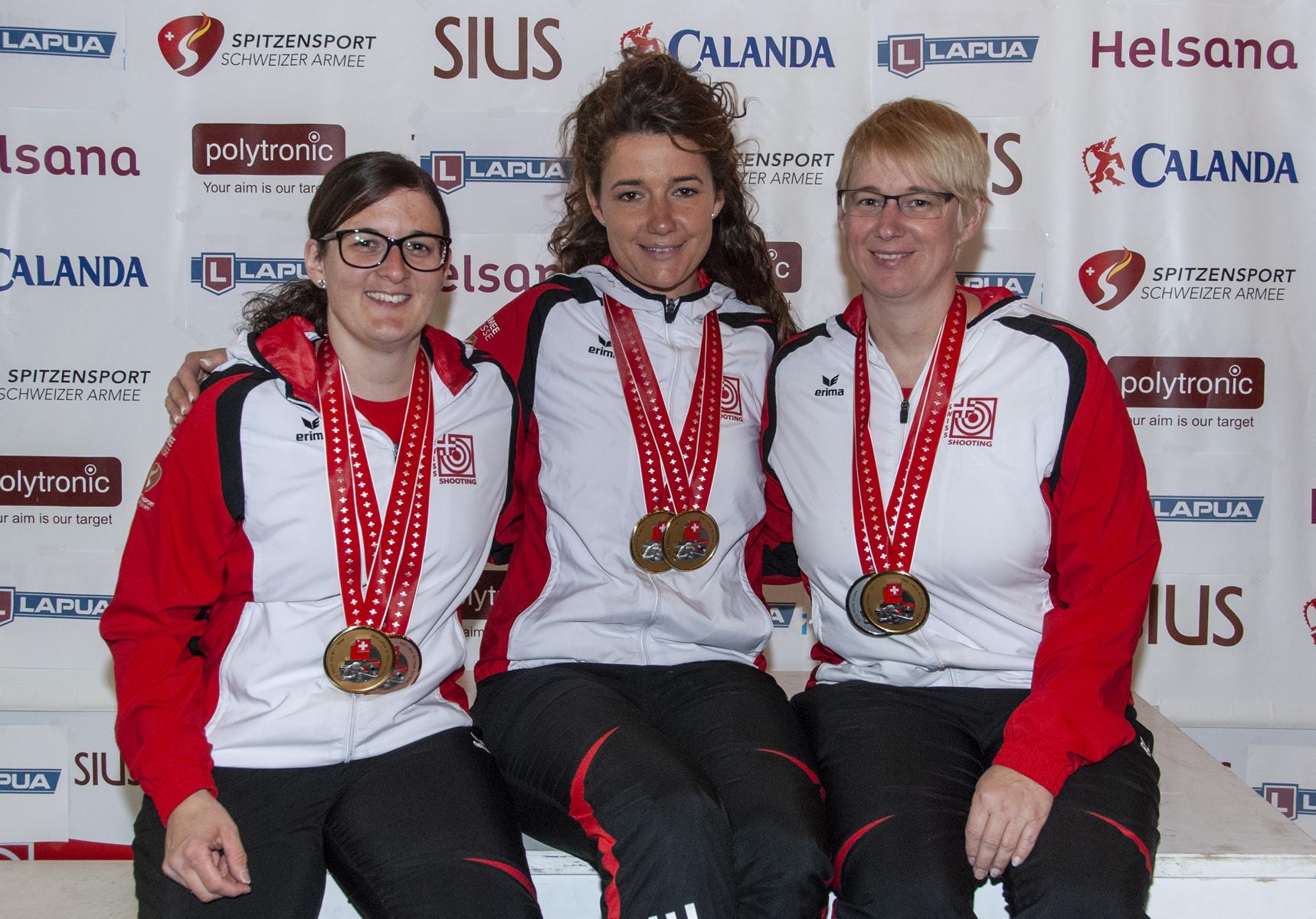 The Lapua European Cup 25-300m continued in Thun with Rifle Prone and in Pistol with Standard Pistol competitions.

The Swiss women ruled the 300m Rifle Prone in Thun. The winner were Andrea Bruhlmann with result 598. She beat her team mate Silvia Guignard with the difference of two points. The bronze travelled also to Switzerland with Marina Schneider whose result was 594.

In the team competition Switzerland was naturally best with result 1788, silver shot Poland 1771 and France third with result 1764.

In the 300m Rifle Prone Men the best was Polish Daniel Romanczyk with result 599. He won Slovenian Rajmond Debevec with the difference of inner tens. Romanczyk made 43 inner tens and Debevec 42 inner tens. The bronze medalist Michael D’Halluin (FRA) shot also the same result 599, but he had “only” 39 inner tens.

In the team competition of the 300m Rifle Prone Men Sweden took the gold medal with result 1790. Sweden beat Germany only with one point (1789), Switzerland was third with result 1786.

In Pistol events it was the turn of Standard Pistol. The yesterday's silver medalist brightened the color of the silver medal as golden one while he was the best in Standard Pistol competition with result of 568. He beat Swiss Steve Demierre with one point (567). Kevin Chapon won the bronze.